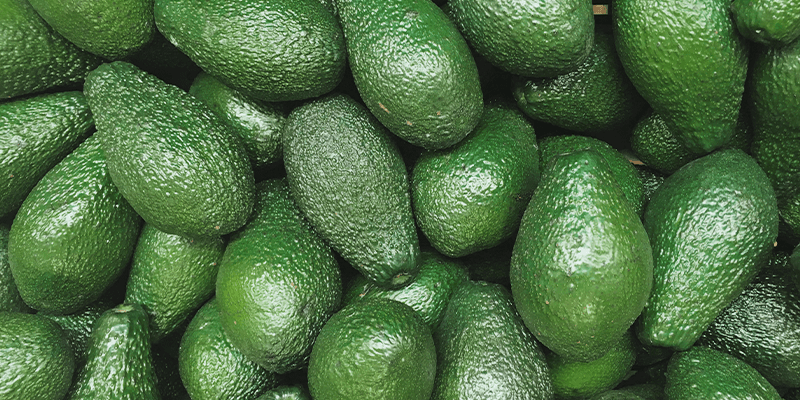 Avocado is the 16th most produced agricultural crop in Mexico, being the 4th of the fruit group, with a great economic importance for the country, since a good part of the production is exported to the United States, constituting in 2020 the 2nd agri-food product that left the country with more income from exports, with 3,153 million dollars.

In 2020, there were 20 states that reported avocado production, of which only 3 obtained more than 100,000 tonnes: Michoacán, Jalisco and the State of Mexico, while the states of Nayarit, Morelos and Guerrero produced between 19,000 and 70,000 tonnes.

However, in terms of yield, Yucatán is currently the state of reference, with 24.9 t/ha, leaving Michoacán in eighth position with 10.8 t/ha. The states that followed Yucatán were Aguascalientes (13 t/ha), Sonora (13 t/ha) and Sinaloa (12.1 t/ha).

Top 10 states with the highest avocado production in 2020

In 2020, 598 municipalities reported avocado production, so this crop is produced in 24.5% of the total municipalities in the country. Of these, only 6 produced more than 100,000 tonnes of avocado: Tancítaro, Ario, Salvador Escalante, Uruapan, Tacámbaro and Peribán, which together accounted for 46.3% of domestic production.

These municipalities led production, as they had the largest harvested area, and Tancítaro being the leader with 22,940 ha, followed by Uruapan and Tacámbaro with 17,490 ha and 16,969 ha, respectively.

In terms of yield, the leader was Tzucacab with 30 t/ha, followed by Akil and Oxkutzcab with 29.3 t/ha and 27.8 t/ha, respectively, municipalities belonging to the state of Yucatán that produce minimal volumes compared to Tancítaro, which obtained a yield of 9.8 t/ha.

It is worth mentioning that among the 10 municipalities with the highest avocado yields in Mexico, the first 7 belong to the state of Yucatán, the next two to the State of Mexico and the tenth to Jalisco.

On the other hand, Tancítaro was also the municipality with the highest value of production generated with 5,398 million pesos, followed by Uruapan and Salvador Escalante with 4,511 and 3,642 million pesos, respectively.

Top 10 municipalities with the highest avocado production in 2020

These regions are the most important because they have areas with adequate climate and soil conditions for avocado production, allowing excellent yields and quality.