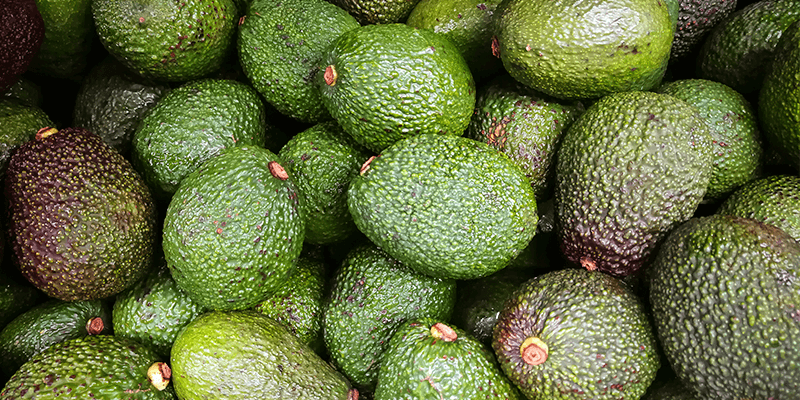 Most avocado-producing regions in Mexico can present up to 4 blooms a year (loca, aventajada, normal and marceña), which together allow a continuous bloom from August to March. Since each bloom produces fruits of different quality, and because quality can vary within each bloom, they must be separated during harvest and packing.

The “loca,” or crazy bloom, occurs when rains are delayed and there is a shortage of water, which causes a slower ripening process because there is not enough dry matter for the fruit to ripen properly. In this bloom, the fruit contains more water than oil. Normally, a higher oil-to-water ratio is an indicator of higher quality.

The main destination for Mexican avocado exports is the United States. 78.3% of the total volume exported was sent between January and October 2021, which represented 94.4% of the total value.

The second and third destinations for exports (in terms of volume) were Canada, with 6.8%, and Japan, with 4.6%. Additionally, Mexican avocado was exported to 43 countries during the period mentioned.

In 2019, a significant decrease in exports was observed during the month of June. In 2020, the month with the lowest export volume was July, after which a steady increase was seen until the maximum monthly volumes were reached toward the end of the year and the beginning of the new year.

Mexico’s unquestionable leadership in avocado production is due to its ideal climate and soil conditions, which enable production almost all year round to satisfy the demand of the US market, and to its rigorous compliance with quality and safety requirements.

It is expected that US demand for avocado will continue to increase in the coming years. This will further boost the leadership of the Mexican avocado, especially as farmers from Jalisco join farmers from Michoacán as Hass avocado exports begin in April, 2022.