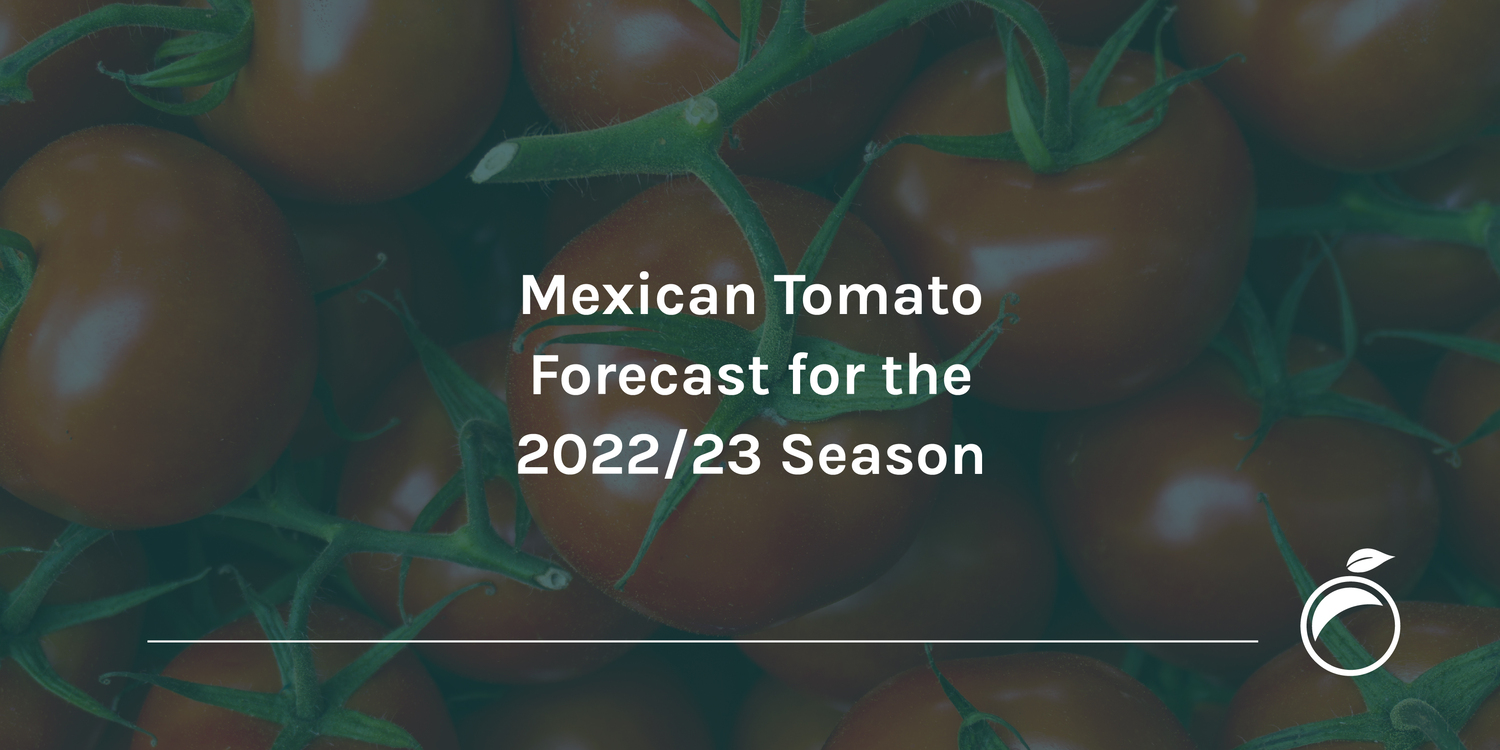 Mexican Tomato Forecast for the 2022/23 Season

For the 2022/23 season, Mexico is expected to continue with the same level of tomato productivity as in recent years, provided growing conditions are normal and strong demand from the U.S. market continues.

According to FAO data, Mexico is the 9th largest producer and the largest exporter of tomatoes worldwide. Read more about tomato production and exports in Mexico.

In Mexico, tomato production is spread throughout the year, with the highest volumes during October and November and the lowest volumes in March, July and August.

Sinaloa is the leading state in tomato production, with just over 20% of national production, followed by San Luis Potosí and Michoacán with 11% and 7%, respectively. Learn more about the key tomato producing regions in Mexico.

According to the Agricultural and Fisheries Information Service (SIAP, by its Spanish acronym), tomato production in Mexico during the 2020/2021 season was 3.03 million tons, while for the 2021/22 season it is estimated to reach 3.72 million tons.

In this sense, if growing conditions are normal, for the 2022/23 season Mexican tomato production is expected to remain at 3.70 million tons, based on increased yields as the use of greenhouses and other production technologies continue to expand in the sector.

In terms of exports, the peak season runs from January through June, with the highest volumes occurring in March, complementing production in the United States, which takes place mostly in California and Florida between June and October. Read more about the tomato export overview.

Mexico is the main supplier of fresh tomatoes to the United States, as more than 90% of tomato imports made by this market come from Mexico, a volume that represents the largest trade flow of fresh tomatoes in the world.

For the 2022/23 season, tomato exports are expected to reach 1.90 million tons, due to an expected increase in supply and growth in demand in the United States.