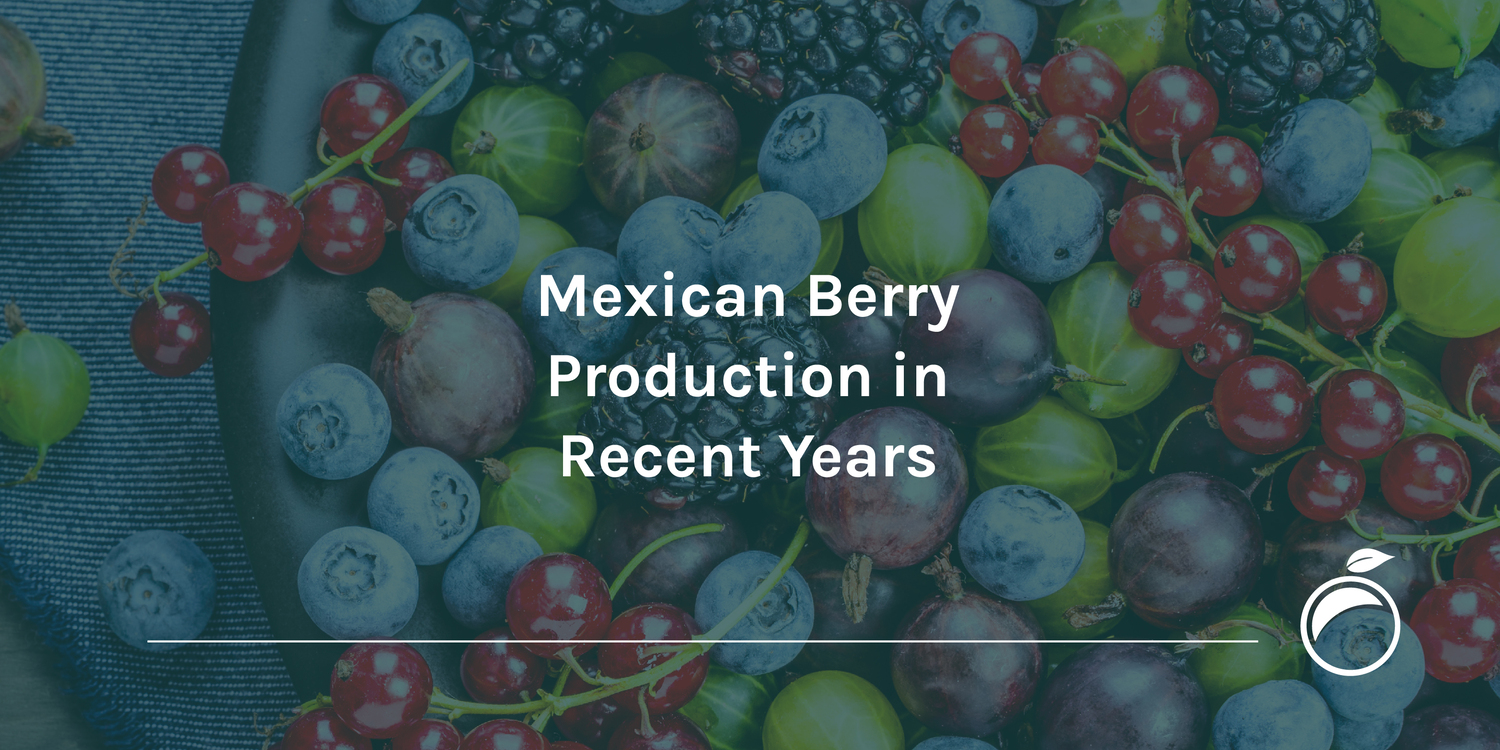 Together, berries are currently the 3rd most exported agri-food product by Mexico, behind beer and avocado. The total export value of berries was $3,005 million USD in 2020 (beer and avocado reached $4,685 and $3,153 million USD).

In 2019, the highest historical annual yield was reached at 32.9 tons per hectare, which fell in 2020 to 27.8 tons per hectare, primarily due to an atypical year with drought conditions in most of the country during the first half of the year followed by a season of heavy precipitation.

Strawberries were the main crop responsible for the general drop in berry production in Mexico, decreasing by 35.3% between 2019 and 2020, from 861,337 to 557,514 tons. In the first trimester of 2020, Michoacán was already reporting a decrease of 21.0% compared to the same period in 2019, and this decrease continued during the rest of the year. The coronavirus was blamed for the drop in production, as it affected normal trade line operation, although it’s also important to note that harvested areas are slowly moving to higher-altitude regions where volume and quality are better.

The logistic complications derived from Covid affected blackberries, and additionally, this crop is currently undergoing varietal replacement. The public variety Tupy, which still holds the majority in terms of planted area, has been in jeopardy for several years due to Fusarium and other soil pathogens.

Most of the main exporting companies already have proprietary or exclusive varieties in pursuit of higher yields and better quality. Over several years there will be a process of trial and error, since not all varieties adapt well to the areas of cultivation. In about 3-5 years, production may show an unprecedented rise.

Similar to the blackberry, the blueberry is in a period of varietal replacement, swapping the public Biloxi variety for private varieties. Many companies already have proprietary varieties, while others purchase theirs from well-known nurseries.

The demand for raspberries in the US market remained constant, so it was perhaps the berry least affected by logistic problems caused by the pandemic. Additionally, several companies have developed new varieties that have adapted very well to the climate and soil conditions of the cultivation zones.

Berries will continue to flourish

Berries, and their abundance of antioxidants, have a promising future for the next decade as consumption will continue to increase in developed countries like the United States. In the US, while there are areas appropriate for cultivation, market demand far exceeds domestic production. This means that import volumes (mainly from Mexico) will continue to increase year after year.