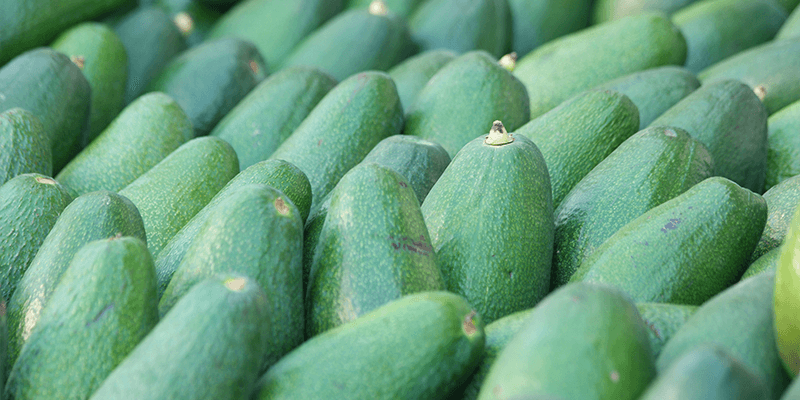 Avocado seasonality in the U.S. market.

Avocados are currently the most consumed tropical fruit in the world, with the U.S. market being the most attractive, both in terms of consumption and prices, which makes it the preferred target market among the countries with the largest production.

For this reason, understanding the behavior of both domestic production and imports is necessary to identify the small opportunities that exist, without forgetting that current suppliers are, in some way, fully consolidated.

In addition, domestic production, which occurs mostly in California and with smaller contributions from Florida and Hawaii, provides volume between April and September, with the highest flow in the months of May, June, and July, so that from October to March there is little or no volume, requiring imports to meet the demand throughout the year.

However, something that stands out is that when domestic production is available, imports do not decrease, which indicates that there is room in the market for both activities, and there is even some talk about U.S. consumers being able to absorb higher avocado volumes, at least until 2030, considering the growth trend of recent years.

Seasonality of the main countries

Mexico has the enormous advantage of its geographical location, which has allowed it to consolidate as the main avocado supplier for the U.S. market. However, what triggered its consolidation was the gradual permission to export granted in 1997, after 83 years of a ban that aimed to protect local production. Nevertheless, as this is focused on summer, and given that consumption began to increase significantly, imports became more and more necessary.

Since then, Mexico consolidated its position as the world’s largest avocado exporter, with the United States representing the market that in 2021 took 86% of its total exports. Furthermore, as shown in the following graph, Mexico sends avocados throughout the year, with the highest volumes at the beginning of the year and the lowest volumes at the end of the summer.

Peru, the second largest supplier, provides its volume between May and November, with the highest volumes in July and August, while the Dominican Republic makes smaller shipments throughout the year, without a major peak.

In the case of Chile, which until 2007 was the main exporter to the United States, now only makes minimal shipments towards the end of the year, partially because its production is facing water shortage problems and because its current strategy is to export to European countries.

Customers of the main exporters

In the case of Mexico, exports are to the United States, with Canada and Japan as the next destinations, with 8% and 4%, respectively, which is clear given the proximity to the U.S., but also constitutes a risk in case of export blockages for any reason, because its alternative markets are unable to absorb as much fruit volume as the U.S.

Diversification is precisely Peru’s main competitive advantage, as its main avocado destination is the Netherlands, with 33% of its exports in 2020, followed by the United States and Spain, with 19 and 18%. The same applies for the Dominican Republic, whose main customers are the Netherlands and the United Kingdom.

Now, Chile has the most interesting case, since in 2020 the United States represented its 10th market in terms of volume of avocado shipments, the main ones being the Netherlands and the United Kingdom, so that the Chilean industry seems to have completely retired from the competition for the U.S. market, to focus on European countries, where it competes more directly with Peru and the Dominican Republic.

In the case of the United States, domestic production is mainly for domestic consumption, although exports are of course made, with Canada being the main destination, accounting for 82% of shipments.

The United States is the most important market for avocados and Mexico is currently the absolute leader, which has prompted countries such as Peru, the Dominican Republic and Chile to explore alternative commercialization opportunities to Europe, where it appears to be doing very well.