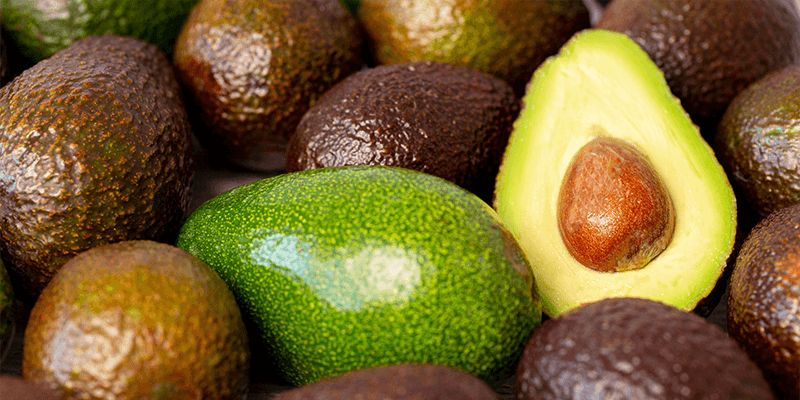 In second and third place were Peru and the Netherlands with 410,697 and 375,685 tons, which represented 14.7% and 13.4% of the total volume of avocado exported in the world, respectively; completing the first five positions were Spain with 5.0% and Chile with 3.5%.

The United States is the country that annually imports the most avocado, reaching 1,116,896 tons, which translated into 38.5% of the world total and generated 2,541 million dollars.

Something that is striking is that the following countries on the list are from Europe: the Netherlands, Spain, France and Germany, which indicates that the European market is consolidating, something that is of course attractive for exporters, especially in South America.

Avocado is a product of great economic importance for Mexico, since a large part of the production is exported to the United States, constituting in 2020 the 2nd agri-food product that left the country with more income from exports, with 3,153 million dollars, only behind beer.

Where is Mexican avocado exported to?

The main destination for Mexican avocado exports is the United States, to which 77.0% of the total volume exported in 2020 was sent, although if we focus on the value represented by this volume, then we are talking about 86.4% of the total.

The second destination was Canada with 6.8% and the third one was Japan with 5.3% of exports. In addition, during the period mentioned, Mexican avocados were exported to 43 countries. Learn more about Mexican avocado production and exports.

What is the seasonality of Mexican avocados?

The peak export season is from October to January, being the season of the highest consumption in the United States from September to March, with specific peaks in demand during the Super Bowl and Cinco de Mayo, the two times of the year of the highest avocado consumption.

As for the low part of the season, it normally runs from May to July, although in 2020 there was an important upturn in the month of June, although this was not the only difference, since even though the general trend is observed, there are significant variations in several months.

The avocado is a product of great economic importance for Peru, as in 2020 it was the 3rd agri-food product that left more income with 759 million dollars, only after blueberries and grapes.

Where is Peruvian avocado exported to?

In 2020, the main destination for Peruvian avocado was the Netherlands, where 137,299 tons were shipped, representing 33.4% of the total volume exported, leaving an income of 255 million dollars. The second destination was the United States, where 19.5% of the exported volume was sent.

Spain was in 3rd position with 72,175 tons and 131 million dollars, so it is clear that Peru is focused on the European market, mainly because Mexico dominates the U.S. market and with minimal presence in Europe.

Other countries in the Americas that stand out in terms of avocado exports are Chile, Colombia and the Dominican Republic, which, like Peru, also have the Netherlands as their main market, where they have found the entrance to the European Union.

This situation occurs because Mexico covers about 90% of U.S. avocado imports, so there is little room for other countries, but Mexico has little presence in Europe, a situation they are taking advantage of. Learn more about the current avocado market situation.

Avocado imports in the United States

In the last 15 years the availability of avocado in the U.S. market has tripled, but it is estimated that there is still a lot of room to grow in the following years, so it is very likely that imports will continue to increase.

In addition, the consumption trend will also benefit domestic production, although we must not lose sight of the fact that California, the main producing state, faces serious water and labor shortages. Learn more about the current situation of the fresh avocado market in the United States.

Who supplies avocados to the United States?

Mexican avocados dominate the U.S. market, shipping 1,085,351 tons in 2021, which represented 89.4% of total imports of this product, and presenting considerable year-on-year increases.

Peru and the Dominican Republic are in the second and third positions with 84,529 and 36,219 tons shipped in 2021, respectively, and both countries are steadily increasing their volume of shipments.

Avocado seasonality in the United States

Domestic production begins in March and ends in September, but the largest volume enters between May, June and July, that is, during the summer. Mexico ships throughout the year, although the volume is higher during the first half of the year than during the second half.

Peru, on the other hand, provides its volume between May and November, with July and August being the most important months, while the Dominican Republic makes minimum shipments throughout the year, without showing a peak. Learn more about the avocado seasonality in the U.S. market.

Avocado price in the United States

The average annual price for avocados imported by the United States has been declining in recent years, with a price of 2.98 usd/kg in 2017 and 2.53 usd/kg in 2021, which is a response to the substantial increase in volume.

The highest prices of the season usually occur between April and September, while the lowest prices are usually between October and February. In 2021 the maximum price was 3.06 usd/kg in September.

Prices tend to fall towards the end of the year because this is when Mexico exports more avocados to the United States and, conversely, between April and July Mexico ships its lowest volumes, so the price rises in those months.

Prices of fresh avocado imported by the United States (usd/kg)

Requirements for exporting avocados to the United States

For the Mexican avocado, the only admissible part of the plant is the fruit, which may enter through all ports, although the product is subject to inspection at the port of entry to ensure compliance with the general import requirements for fruits and vegetables established in 7 CFR § 319.56-3 of the Federal Code of Regulations, in addition to the APHIS permit PPQ-587.

Currently, only Hass avocados from the states of Michoacan and Jalisco are allowed to be imported from Mexico into the United States.

World avocado exports have increased by an average of 12.5% each year from 2011 to 2020, a trend that will apparently continue for at least a couple of years, making this agri-food product extremely important economically, mainly for the countries most involved in its trade flow, such as Mexico, the United States, Peru and the Netherlands.