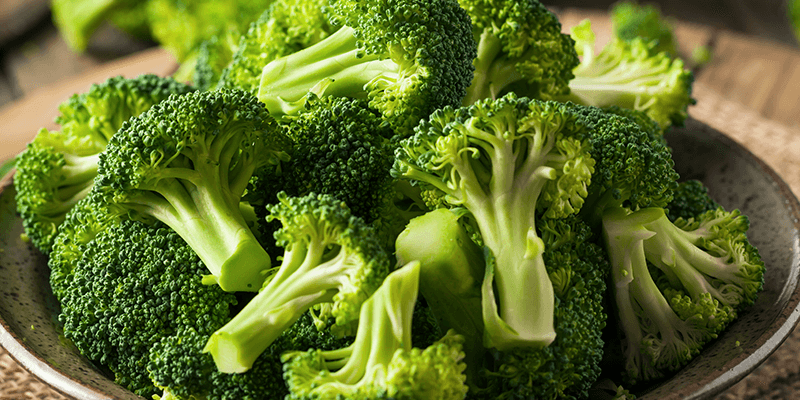 Broccoli is the 37th most produced agricultural crop in Mexico, being the 9th in the vegetable group, with a great economic importance for the country, since a good part of the production is exported to the United States, constituting in 2020 the 13th agri-food product that gave more revenue to the country in terms of exports, with 554 million dollars.

In addition, Guanajuato was also the state with the largest harvested area, 24,234 ha, followed by Puebla with 2,595 ha and Jalisco with 1,243 ha, so these 3 entities accounted for 82.7% of the national harvested area of this crop.

However, in terms of yield, San Luis Potosí is the state of reference, with 29.4 t/ha, leaving Guanajuato in tenth position with 16.9 t/ha. The states that followed San Luis Potosí were Tlaxcala and Sonora.

In terms of production value, Guanajuato also led with 2,708 million pesos, however, Baja California obtained the highest average price per tonne, $18,429/t, while in Guanajuato the average price was $6,608/t.

Top 10 states with the highest broccoli production in 2020

In 2020, 141 municipalities reported broccoli production, so this crop is only produced in 5.8% of the total municipalities in the country. Of these, only two produced more than 40,000 metric tons of broccoli: Dolores Hidalgo and Valle de Santiago, which together accounted for 17.1% of domestic production.

Both municipalities led national production, as they had the largest harvested area, 3,178 ha for Dolores Hidalgo and 2,843 ha for Valle de Santiago, while the third position was held by San Luis de La Paz with 2,009 ha.

In terms of yield, the leader was Venado with 46.5 t/ha, followed closely by Cedral with 45.0 t/ha and in third place Tarímbaro with 30.0 t/ha, although the production of these three municipalities is minimal, 233 t, 450 t and 690 t respectively.

Finally, Dolores Hidalgo surpassed Valle de Santiago in terms of the value of production generated, with 351 million pesos and 295 million pesos, respectively, due to a 16% higher average price per tonne.

However, the municipality with the highest average price per tonne was Mexicali with $18,631/t, which ranked third in terms of production value with 274 million pesos from a production of 13,256 t.

Top 10 municipalities with the highest broccoli production in 2020

Of the 5 major agricultural regions into which Mexico is divided, the central-western region is the most important for broccoli cultivation, as it includes two of the main producing states: Guanajuato and Jalisco, while another region of interest is the Central one, where Puebla, the second-largest producer state, is located.

These regions are the most important because they have areas with the appropriate climate and soil conditions for broccoli production, allowing excellent yields and quality.