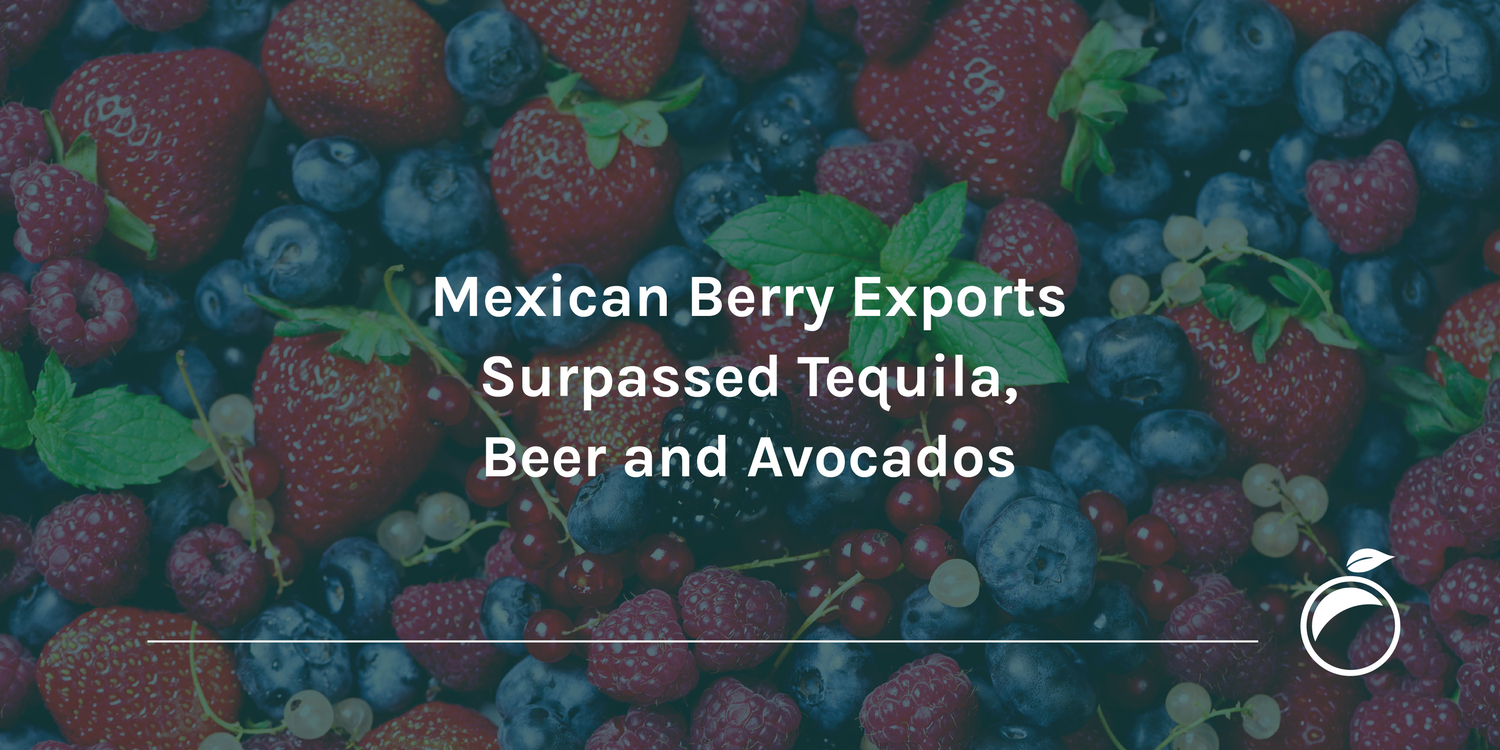 Mexican berries usually constitute the 3rd most exported agri-food product by the country, only behind beer and avocado, having an export value of 3,005 million dollars in 2020.

However, during the first quarter of this year, the berry exports, including frozen berries, surpassed that of tequila, beer and avocado, and, in the case of strawberries, exports were close to 50 million boxes by week 19 of the year.

Normally, the harvest begins in November and ends until May/June, but exports almost always end in the first two weeks of May, which is when California’s production begins.

“In commercial terms, the season in central Mexico was very good and prices to growers were better than other years. The average FOB price (value of the merchandise placed at the port of shipment) is around $14 per box, which means that the farmer gets around $9-10 per box, a fair price that demonstrates the profitability of this product,” explains José Luis Bustamante, manager of Naturberry and president of the National Association of Berry Exporters (ANEBERRIES by its Spanish acronym).

Status of strawberry varieties of Mexico

Strawberries are undoubtedly the most important berries for Mexico, as in 2020 Mexico was the 4th largest producer worldwide with 557,514 tons, as well as the 2nd largest exporter with 149,461 tons.

Fifty percent of this industry in Mexico is controlled by Driscoll’s, with its own genetic program and own varieties. The other 50% of the industry uses mostly public varieties.

In Mexico this crop is mainly grown in the open air (55.2%), the rest being under protected agriculture (44.8%), mainly under macro-tunnel, a technology that allows to obtain better quality and yield.

The problem with strawberry production under this type of technology is that there are no specific varieties for the crop in Mexico, so a process of trial and error is required to find the variety that best suits each region.

“Today still the difference between the cost and benefit of this type of systems versus conventional ones is very high, but increasing productivity with new varieties and specific developments is going to be the future in strawberry production.” states Bustamante.

Strawberries are undoubtedly the most consumed berry, and exports account for a considerable volume of Mexico’s harvest. However, the freezing industry is also an important part of the sector, since, according to Bustamante, around 60% of production is destined for the freezing industry.

The president of ANEBERRIES also mentions that it had always been estimated that the income coming to Mexico from the export of berries was around 2.4 billion dollars, but when adding the export of frozen berries, they discovered that it could reach 3.2 billion dollars. Find out what are the main strawberry trade flows.

Want to know more about strawberry production and marketing? Download and review our analysis on this crop to learn more. Download it here!