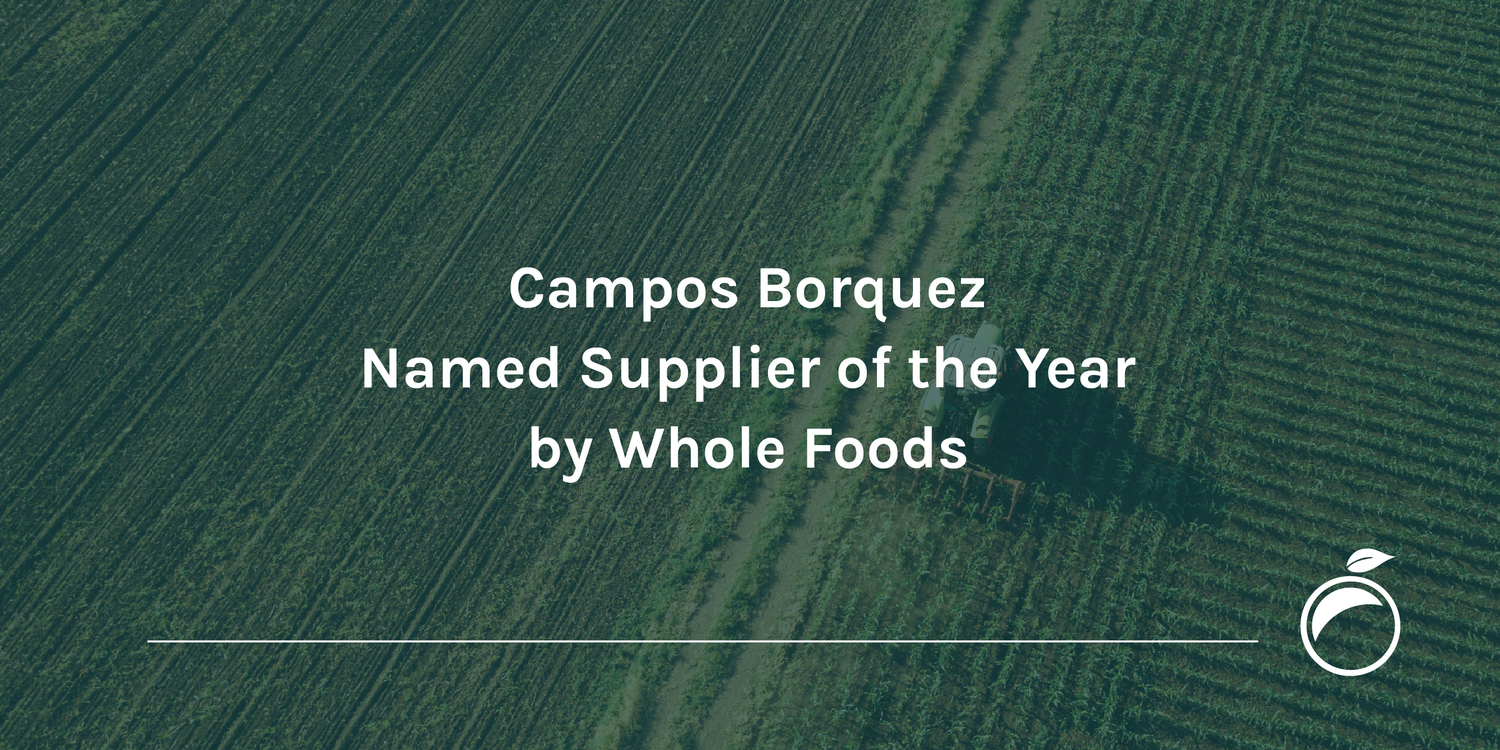 Campos Borquez Named Supplier of the Year by Whole Foods

Campos Borquez, a family-owned grower and distributor of grapes, celery, asparagus, avocado, broccoli and cauliflower, born in Sonora, was recently named one of the three suppliers of the year by Whole Foods Market.

Whole Foods Market is a Texas-based company dedicated to setting standards of excellence for food retailers, which is why each year it presents the Supplier of the Year Awards, the 2021 edition being the tenth one and in which 30 awards were presented to suppliers from the United States, United Kingdom and Canada.

In this edition, Campos Borquez was named Supplier of the Year, an award given to those suppliers that have “risen to the top in overall excellence”, along with American Tuna and Willamette Valley Pie Company, but Campos Borquez being the only produce company on this list. In addition, the company was also honored with the Regenerative Agriculture Commitment award.

It should be noted that Whole Foods Market, along with category experts and merchants, select winners across diverse departments and product categories, including produce, exclusive brands, seafood, meat and bakery.

What did this award mean to Pablo Borquez Almada, President of Campos Borquez?

“For the past 10 years, our collaborators have understood that picking an asparagus for Whole Foods Market meant it was going to reach back with opportunity for themselves and their families,” said Pablo Borquez Almada.

“We have tried to shape our business model to better serve Whole Foods Market, as we are aware that, by doing this, we are also enhancing our mission as a company. Therefore, being recognized by them as Supplier of the Year is a huge honor that all of us at Campos Borquez hold dearly and with pride,” Borquez added.

Regarding the Regenerative agriculture commitment, Borquez mentioned that their growth as a company has allowed both social and environmental programs to grow year by year as well.

“Through this period, we have also been committed to organic principles, and this year we became the first company in Mexico to obtain Whole Food Market’s Regenerative Organic Certification,” Borquez noted.

Borquez also added that the company has retained benefits for its workers while continually expanding projects such as building water supply systems for workers’ homes, as well as assisting in home construction and starting a microfinance cooperative owned by the farmworkers.