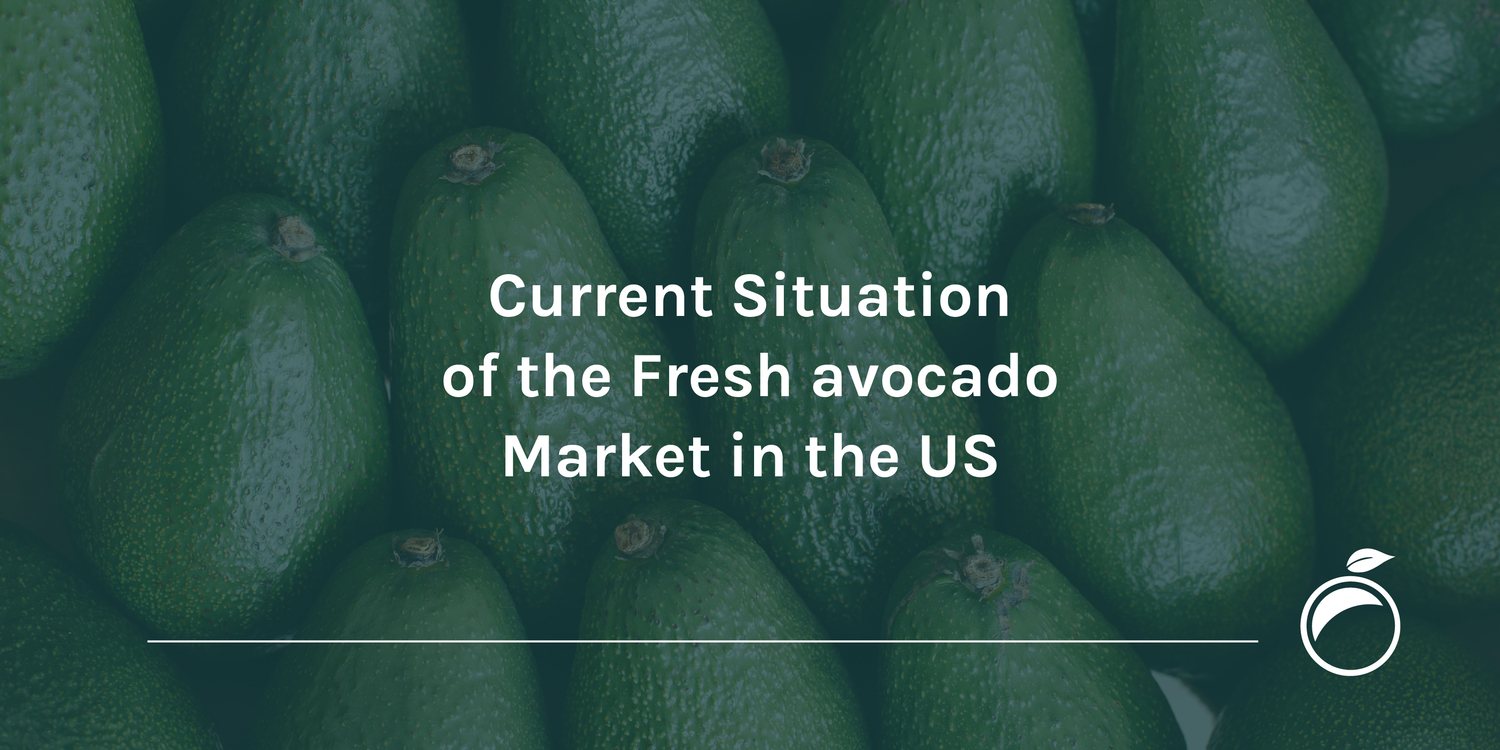 Current Situation of the Fresh Avocado Market in the US

The avocado is no longer considered an exotic fruit, but rather an everyday product. It is currently the most-consumed tropical fruit in the world and the annual per capita consumption is expected to increase. The United States and Europe are the top consumers.

The main factors driving the increase in avocado imports in the United States are a continuous increase in demand and California’s problems with water and labor shortages. These issues have diminished the state’s competitiveness with Mexico, which has suitable conditions for avocado cultivation practically throughout the year.

Together, these factors have allowed Mexico to become the predominant supplier of avocado for the US market. With the export authorization that has just been granted to Jalisco producers, export levels will surely increase in upcoming years.

Fresh avocado imports and exports in the United States

Although Mexico’s leadership in the next few decades is certain, several South American countries aim for a larger percentage of the market, since they have the minimum conditions necessary to achieve it. For this reason, an increase in imports of South American avocado is also expected in upcoming years.

With respect to the volume of fresh avocado exported by the United States, the amounts are minimal compared to the volume of imports, and the principal destinations are South Korea and Japan.

Before the 1990s, Americans mostly consumed avocados in the summer, when California’s crop was harvested, and supplemented during the rest of the year with imports, mainly from Chile. However, with the arrival of the Michoacán avocado, the market began to have good quality product available throughout the year, which changed consumption habits.

Mexico, the king of avocados

Mexican avocado imports completely dominate the US market, with a historical maximum of 1,004,604 tons in 2020, which is 90.0% of total imports for that year. Estimates indicate that the volume will continue to increase in upcoming years.

After several years of slight but steady increase, in 2020 Peruvian avocado imports fell to 77,400 tons, or 7,774 tons fewer than in 2019. This might be due to a readjustment in the industry, with more focus on exports to Europe to avoid competition with Mexico.

Although the volume contributed by the Dominican Republic is minimal compared to Mexico, its export volumes have remained stable, with very slight growth in recent years.

The annual average price for avocado imported by the United States has been declining in recent years, with a price of $4.10 USD/kg in 2017 and $3.41 USD/kg in 2020, which is a response to the substantial increase in volume.

Prices typically fall towards the end of the year when Mexico exports more avocado to the United States. In 2020, 40.7% of exports were between October and January. On the contrary, Mexico’s export volumes are at their lowest between April and July, so the price rises in those months in response to the decrease in supply.

Prices of fresh avocado imported by the United States (USD/kg)

In the United States, avocado consumption will continue to increase, and the limit for demand is not expected to be reached until at least 2030. This opens the door for the arrival of more Mexican avocado, but also for more avocado from South America.

It does not appear that any South American country will be able to compete with Mexico in terms of avocado exports to the United States. With the export authorization for the Hass avocado from Jalisco, Mexico is expected to further reinforce its leadership in upcoming years.

Fresh Fruit Portal. Agronometrics in Charts: How much more volume can the U.S. avocado market absorb?