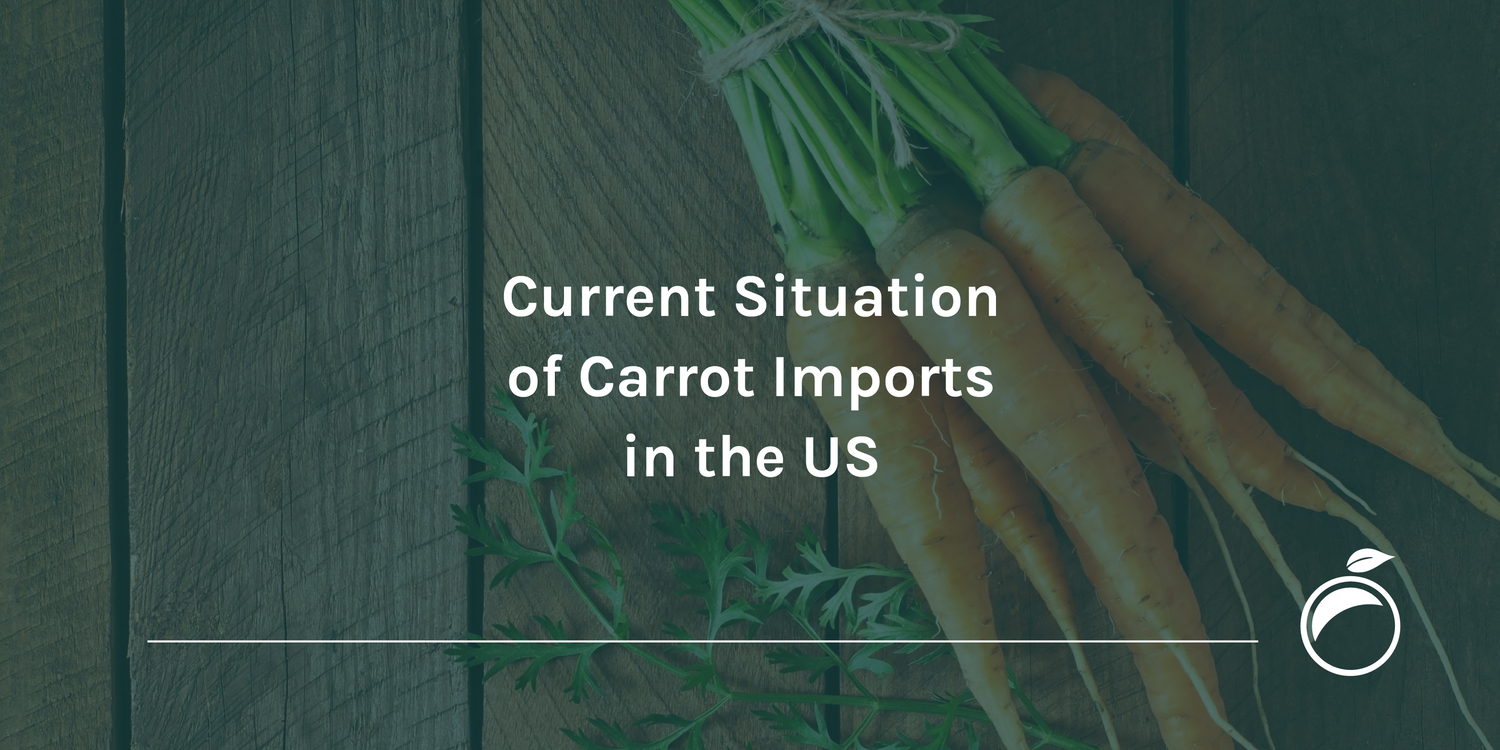 Current Situation of Carrot Imports in the US

Carrot is a product of great relevance in the United States market, since according to FAO data, this country is the third-largest producer and importer of carrots in the world, producing 1,582,238 tons and importing 211,854 tons in 2020.

In terms of exports, the United States ranks 9th in terms of volume; however, in economic terms it ranks third with 118 million dollars obtained from 101,920 tons exported in 2020.

Domestic carrot production dominates the U.S. market, but Mexico is the main external supplier, accounting for about 75% of the total volume imported by the United States. Meanwhile, Canada and Israel are in the second and third positions with 20.0% and 1.7%, respectively.

Over the last few years, there has been an increase in carrot imports from the United States, mainly because Mexico has constantly increased the volume of its shipments, while the volume of other supplier countries has remained relatively constant and even showed an overall decrease in 2020. Review the main US fresh vegetables suppliers.

Seasonality of carrot in the United States

Domestic production is spread throughout the year, with the highest volumes occurring during the first half of the year, while the lowest volumes tend to occur in the latter part of the year.

Mexico ships all year round, but the highest volumes are sent between February and August. Canada, on the other hand, contributes most of its volume towards the end of the year, which is when Mexico ships the lowest volumes. Meanwhile, Israel increased its shipments in 2020 compared to 2019.

Something that is striking is that U.S. domestic production had a significant decrease during 2021 compared to 2020. In response, shipments that year by Mexico, Canada and Israel increased significantly over 2020.

Requirements to export carrots to the U.S.

Statista. Per capita consumption of fresh carrots in the United States. https://www.statista.com/statistics/257333/per-capita-consumption-of-fresh-carrots-in-the-us/