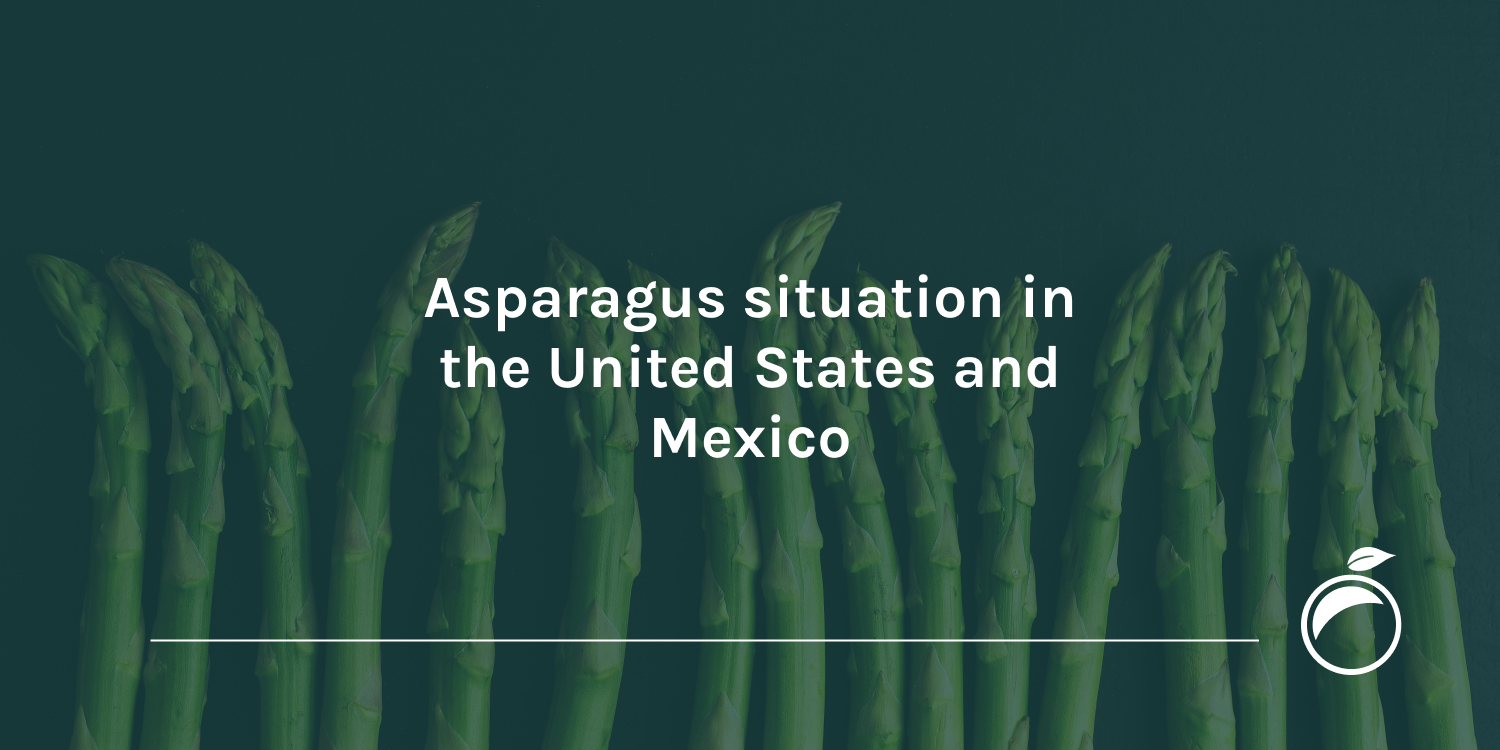 Asparagus Situation in the United States and Mexico

Global asparagus consumption has increased considerably in the last decade, and the United States is no exception.

The US’ domestic asparagus production is now trailing behind the growing asparagus demand in the country. This is why the US imports large volumes of this vegetable yearly. The US sources most of its asparagus volumes from Mexico and Peru, which scores huge revenues from this commodity.

For this reason, knowing asparagus’ prices and volumes is of utmost importance for those who produce and market it.

The Costs of US-Imported Asparagus

In 2022, asparagus volumes imported to the US were highest in August and September, while the lowest prices were observed in March and April. This price trend was a drastic change compared to 2020 prices, which means the market is adjusting to the conditions of the last year.

In August 2022, the highest price for an 11-pound carton of Mexican asparagus package at the shipping point was US$32.45, while Peruvian asparagus was US$29.30.

The US’ Asparagus Import Volumes

We can see a clear connection between asparagus’ available volumes and prices. When there is a large supply, prices tend to decrease.

Although Mexico sends asparagus to the United States all year round, most of it is shipped between February and April. This creates a period of high supply, thus causing prices to fall. Meanwhile, Peru concentrates its shipments between May and December, taking advantage of Mexico’s low shipping season.

In terms of shipping volume, these are the only two countries competing for the largest share of the United States’ asparagus market.

In 2021, asparagus production in Mexico reached 725.3 million pounds, which represented an increase of 9.5% over 2020, according to data from the Agricultural and Fisheries Information Service (SIAP, by its Spanish acronym)

Mexican asparagus production is mostly concentrated between January and April, comprising 65.5% of the total annual volume. During this period, May has the lowest production. The seasonality of asparagus production in Mexico is well-defined, although recent years have seen slight variations in January, April, and December.

Asparagus Prices in the Mexican Market

If you want to know more about fresh asparagus prices at shipping point and terminal market, as well as volumes entering the US market, subscribe to our Daily Market Report.