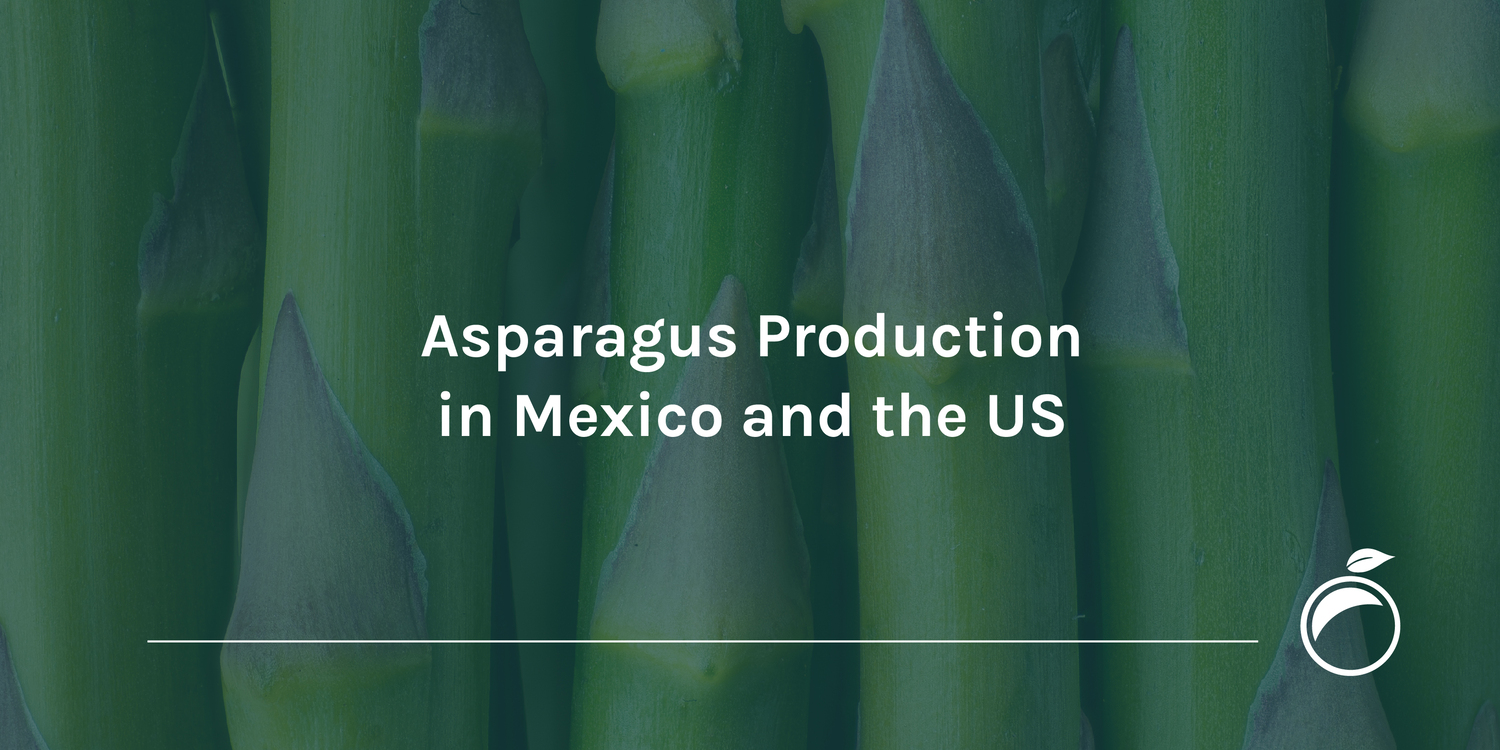 Asparagus Production in Mexico and the US

Asparagus is a perennial crop that can last between 8-10 years in soil, being the young buds of the plant the important part, known as stems or stalks, which should be 7 or 9 inches long when harvested and the coloration of these can be green or purple, depending on the variety, although white stems can also be produced by eliminating the light when the stalks begin to emerge.

World production of this vegetable has increased considerably in the last two decades, reaching 9.4 million tons and 1.6 million hectares in 2020, with an average yield of 5.8 tons per hectare. The increase is mainly due to a growth in demand from consumers, who consider asparagus as a food with good nutritional qualities.

World asparagus production has increased steadily due to the gain in both harvested area and average yield, both of which have increased slightly, but combined have allowed a considerable increase in production.

The trend in asparagus production is similar in Mexico, with a steady increase in production due to rises in harvested area and average yield. In 2020, 300,575 tons and 31,940 hectares were reached, having a yield of 9.4 tons per hectare, exceeding the world yield by 62.1%.

In addition, the value of this crop’s national production reached its historical maximum in 2020, with 11,940 million Mexican pesos generated, thanks to an average price of 39,723 pesos per ton, the second best figure, only after the 40,778 pesos per ton obtained in 2017. Another important point is that asparagus is among the 20 agri-food products that bring in the most foreign currency to the country in terms of exports.

Sonora leads domestic production, followed by Guanajuato, Baja California Sur, Baja California and Querétaro; in these states there are regions with ideal conditions for production, given that all of it is done in open fields, which in turn presents the opportunity to use protective structures to considerably increase yields.

Another point that indicates an enormous business opportunity is the type of production, since 99% of what is produced is conventional, when prices for organic asparagus are considerably higher, although of course, making this transition in production has enormous challenges, especially in respect to pest and disease management. But considering that 68% of production is exported, it would be good to explore more the organic option.

It should also be mentioned that domestic production is concentrated between January and April, while exports are mostly between February and March, so that from May to December, production and export volumes are minimal, constituting a potential opportunity for commercialization.

Production in the United States

The states with the highest production are Michigan, Washington, California and New Jersey, and if the area is decreasing it is because local farmers cannot compete with their Mexican and Peruvian counterparts, being the Mexicans favored by the free trade agreements, which have led to no tariffs from the U.S. government.

For this same reason, U.S. imports of asparagus have increased significantly, from 227,933 to 265,807 tons between 2017 and 2020, an increase of 16.6%, in order to meet the demand of its domestic market, which is also increasing annually. The biggest beneficiaries of this trend are Mexico and Peru, which in 2020 contributed 64.0% and 35.1% of the asparagus imported by the United States.

There is an opportunity for organic production

Currently, the organic asparagus sales in the United States represent less than 1% of total sales, although there is an annual growth trend, which was accentuated during the pandemic, because many consumers sought new healthy food options. In addition, 77.4% of the asparagus marketed in 2020 was fresh, while 22.6% was destined to processed products.

A statistic indicates that only 13% of asparagus consumers buy organic asparagus, there is therefore a great opportunity to increase consumption, especially during the spring months, when sales peak, and  for which the supply of the organic option needs to be increased.

The biggest challenge of organic production is the management of pests and diseases, mainly Fusarium, a fungus that can survive up to 7 years in the soil, even resisting chemical disinfestations, so once it appears even conventional production is seriously compromised.

If you want to know more about the production, export and import of the asparagus crop in the world, Mexico and the United States, we invite you to download the analysis of this crop, where you will find the most updated information.