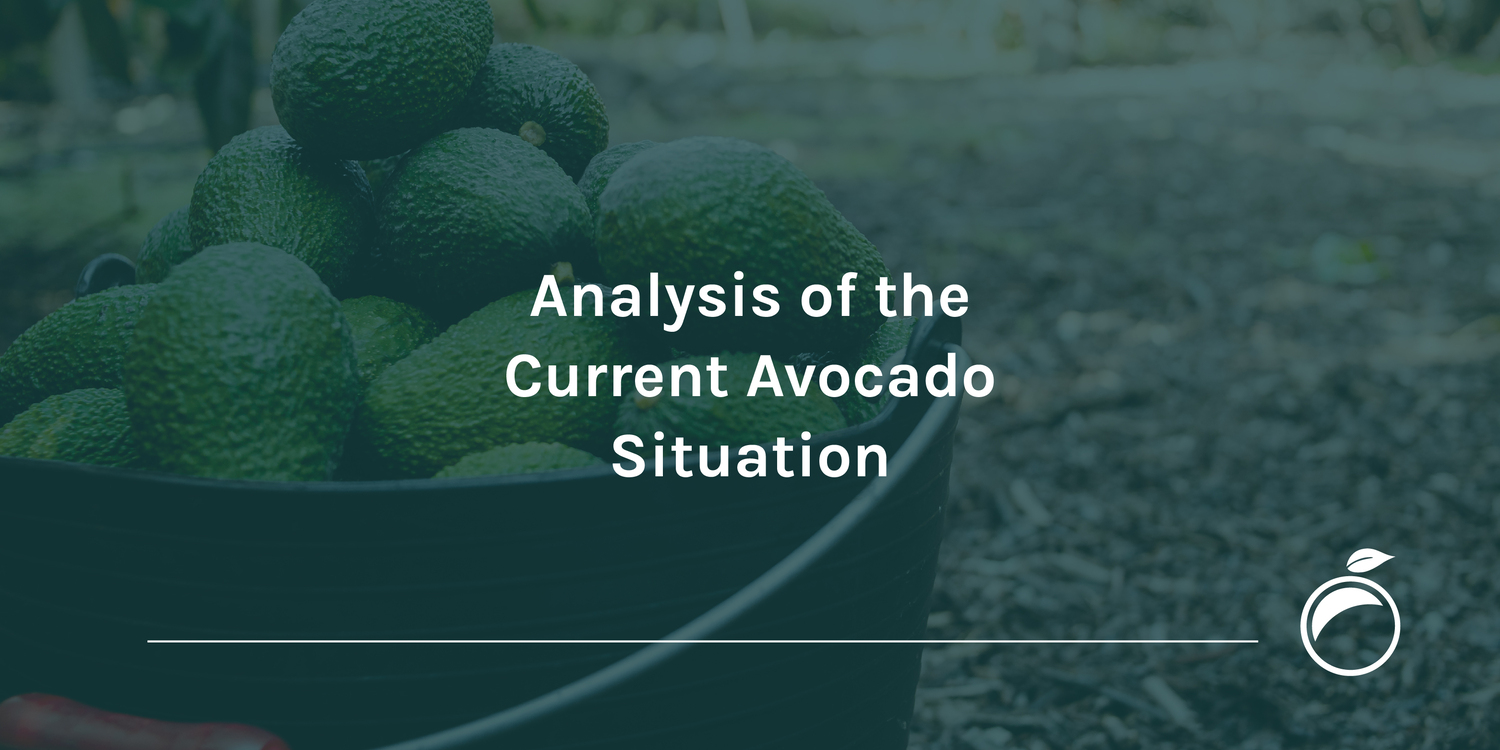 Analysis of the Current Avocado Situation

What makes the avocado value chain even more complex are the multiple competitors that are currently positioned to gain a bigger quota in the U.S. market, the main market in the world in terms of the increased consumption of this fruit.

In addition, avocados are currently the fresh produce everybody is staring at, which implies scrutiny from all points of view and in a scale that does not apply to other agricultural products.

However, the FAO estimates that, at least until 2030, avocado consumption in the world will continue to increase steadily, which is good news for the main producing countries, but which will also open the door for new competitors capable of identifying the opportunities that will arise in a segment of the agribusiness whose volumes still have plenty of room to grow.

Who stands out in avocados?

When talking about avocados, it is necessary to mention the main commercial flow for this product, which involves Mexico and the United States, a relationship in which some key points must be understood.

From 2001 to date, avocado production in the United States has decreased considerably, which to some extent has benefited the farmers who continue, because their sales prices are higher, but at the same time it has caused the dependence on imports to increase.

This need of the market to cover with imports the demand that domestic production fails to meet, has benefited farmers in other countries, especially in Mexico, where the industry has successfully taken advantage of the existing opportunity, thus dominating the market with its product.

It is important to remember that before 2007 Chile was the main avocado supplier for the U.S. market, but that year Mexico took the lead, a position it has consolidated over the years.

The Chilean industry ceded the leadership because since then Chile has been immersed in a complicated situation with water shortages, which led to Peru also surpassing it in 2018, becoming the second largest avocado exporter to the United States, and even today the Dominican Republic already surpasses Chile as the third largest supplier, with Colombia being quite close to also surpassing it and positioning itself as the fourth largest avocado supplier.

Among these countries, Mexico has the enormous advantage of being able to place its product in front of final consumers in just a couple of days, in addition to being able to send avocados throughout the year, since its production areas allow several blossoms per year.

Is there still room in the market?

The current market is highly competitive, although there is a dominant leader such as Mexico, despite which Peru and the Dominican Republic want to achieve a greater share in the U.S. market.

But we must not forget an important point: for Peru, the Dominican Republic and Chile the main market for avocados is the Netherlands, which means that the South American countries have found an interesting opportunity in the European Union, distributing their shipments quite well between it and the United States, and in the case of Peru, it is something that is in its favor, especially considering that more than 80% of Mexican exports go to the United States.

Now, it seems that the Mexican industry is not seeking to diversify, instead everything indicates that they will intensify their efforts to increase their participation in the U.S. market, since with the upcoming incorporation of Jalisco as the second Mexican state authorized to export avocados to the U.S., it is expected to consolidate its exports even more, a very interesting bet.

But the factor that could break trends is per capita consumption, which was 500 g before 1997, while currently it has surpassed 3.5 kg, a considerable increase, but considering that in 2020 consumption in Mexico was 8.1 kg, which indicates that there is still plenty room to increase consumption.

Precisely because avocado is the fresh product with the greatest increase in consumption, it has also been the object of criticism regarding its sustainability.

According to a study conducted by Dr. Alberto Gómez between 2016 and 2017, a hectare with 156 trees consumes 1.6 times more water than a hectare of forest with 677 trees.

The issue of water is not a minor one in avocado production, as we have already observed the drastic fall of the Chilean industry, due precisely to a drought that has lasted for several years, which is why the challenge of producing while considering sustainability is crucial.

In this sense, it is worth mentioning that the application of technology is the beginning of a solution to this enormous challenge. According to FAOSTAT, in 2020 the world average avocado yield reached 10 tons per hectare for the first time ever, with Mexico reaching 10.7, which indicates the existence of an enormous potential for improvement, since it is not an exceptional yield either.

Among what has already been proven to be effective, the use of precision irrigation systems should be the first thing to be promoted, since many producing regions, especially in Mexico, are still dependent on rainfall. Something else that could be implemented is a protective structure, with macro tunnels and greenhouses, which in turn would require production systems with smaller trees to facilitate production.

But no matter what technology is promoted to improve avocado yields or sustainability, the industry requires financing solutions that allow payments to flow as quickly as possible from buyers to sellers, so that the money is used to constantly improve agribusinesses related to avocados.

Why does avocado industry need financing?

At least in Mexico, the avocado industry is the second most profitable food industry, only behind beer production and marketing, but despite the good returns on investment that farmers have enjoyed in the last few years, each new season means risking their capital again, so the least they expect is to see their money back at the time of harvest.

However, agro-exporting is a business that traditionally involves granting extended periods for the payment of merchandise, periods ranging from 30 to 60 days, although on many occasions the buyer even requests more time; this basically generates a period during which agro-exporters find it difficult to get the money that allows them to continue with their regular operations.

In this sense, the financing that avocado agro-exporters need, must have a fundamental characteristic: to solve the need for cash flow; something easy to say, but traditional banks have not been able to meet this need, partly because they have never wanted to get too involved in the agriculture sector, because it is too risky for them.

And to meet this need, financing for agriculture, specifically for avocados, must be flexible, responding to the seasonality handled in each of the stages of the agri-food chain, which is why financial companies must adapt to the farmers’ times and not the opposite, but there is also a need for flexibility in the procedures so that bureaucracy does not become an obstacle for farmers.

At ProducePay we understand this situation perfectly, that is why we offer pre-harvest financing and Quick-Pay+ financing, two services that are created for agribusiness exporters to focus on production and commercialization issues, and not to run out of money to operate. If you are interested in learning more, please visit our website.

Pre-season financing is the solution that your business needs to boost your new season, since you can receive up to 5 million dollars within 12 months before the harvest, plus the advantage that we do not ask for any type of personal or business guarantees. This way you can cover the operating expenses and inputs your company needs to get to harvest.

Meanwhile, our Quick-Pay+ financing allows you to obtain up to 96% of the value of your shipment 24 hours after your distributor confirms the acceptance of your product, making the payment waiting period a thing of the past. To apply for this financing, you must be part of our Marketplace, where you will be able to make secure commercial transactions, since all our buyers and sellers of fresh produce have been pre-qualified.

With these financing services we support avocado agro-exporters in the two most critical moments of the season, when cash flow is essential for regular operations to continue. If you have any questions or require more information, please get in touch with one of our experts.