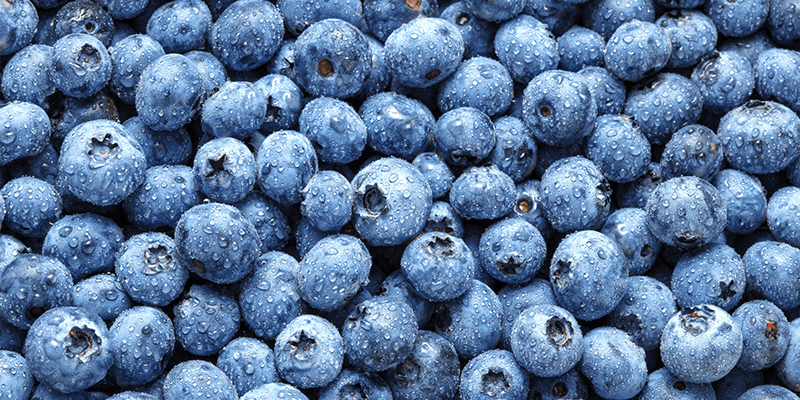 In Mexico, 83.8% of the total blueberry is produced in 3 states: Jalisco, Michoacán and Sinaloa, being a crop that is harvested during a large part of the year, with the highest volumes during the months of December, April and June and the lowest volumes between August and October.

Blueberry production drops at the beginning of the year, with a slight increase in April and a first peak in June, and then drops to its lowest levels between August and October. Subsequently, it increases again until reaching its maximum peak in December, a month that in 2020 accounted for 22.3% of total production.

As for the type of production, 97.1% is conventional, leaving only 2.9% for organic, so there is an opportunity of growth for those farmers who want to work under an organic production system.

The main destination for Mexican blueberry exports is the United States, where 95.9% of the total exported volume in 2020 was sent, that is, 51,168 metric tons, which in terms of value represented 393 million dollars. By 2021, this volume increased to 63,090 metric tons with a value of US$517 million.

The rest of the exports is sent to 34 other countries in minimal volumes, indicating that there is no significant alternative market for the Mexican product.

The peak export season runs from December to May, with the highest volumes in March and April, a contribution that complements production in the United States, which takes place mainly in Washington, Oregon, California, and Georgia during the months of June, July and August.

Despite this, Mexico is not the main supplier of blueberries to the United States, as Peru and Chile have occupied the 1st and 2nd place for more than 5 years. However, in 2021 Mexico finally managed to surpass Chile in volume, which exported 55,674 tons that year.

Despite not being in the top positions in terms of blueberry production, Mexico has the potential to continue growing, since there is a space during the year that is not being fully exploited. At the same time, it can work to extend exports until the summer, since these have a very drastic drop in the months of June, July and August, also having the option of increasing shipments to other markets.

On the other hand, if demand for blueberries in the U.S. market continues to grow, this could also represent an opportunity for Mexico, competing directly with Chile and Peru, countries that it has already surpassed on occasions, either in terms of volume or value of exports.