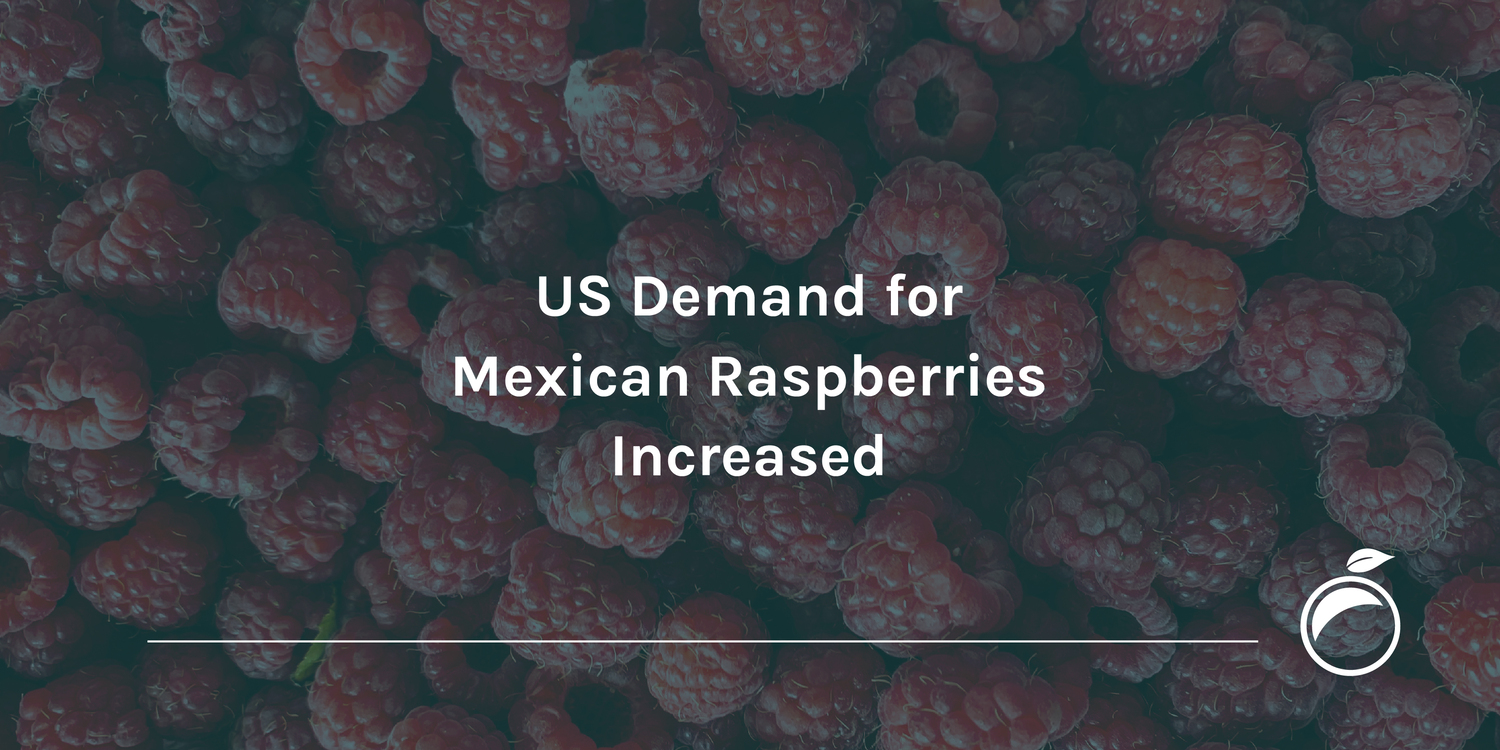 US Demand for Mexican Raspberries Increased

Over the last two years raspberry consumption has increased in the U.S. market by more than 25% in economic terms, explains Alan Ediger, vice president of sales for California Giant Berry Farms.

Ediger believes this considerable growth in consumption is a result of consumers eating more at home, coupled with an increased demand for healthy foods. One cup of raspberries provides more than 50% of the daily vitamin C requirement.

Demand for frozen raspberries has also increased recently due to the general public’s trend toward healthier eating and the ease with which raspberries can be incorporated into smoothies and other drinks.

Additionally, the main raspberry trade flow in the world is the volume sent by Mexico to the United States, which had a value of 1.52 billion dollars in 2020, an increase of 12.6% over the previous year and an increase of 87.7% over 2015.

On the other hand, in Mexico raspberries are considered the “red gold” due to the increase in production in places such as Jalisco, Michoacán and Baja California, with Jalisco being the main producing state with 104,080 tonnes in 2020, or 71.1% of the total domestic production.

The current season started a few weeks earlier than the previous season, since in week 15 the volume of Mexican raspberries entering the United States was 2,100 tonnes, which represented an increase of 11% over the same week of the previous year.

As for price trends, in week 14 the price per package was 18 dollars, a week in which a volume of 2,800 tonnes entered, while in week 15 the price increased to $20 per package.

In the coming years, the raspberry cultivation is expected to witness larger plantations through newer varieties. Also, a significant increase in mechanized harvesting of processed raspberries is expected, and fresh raspberry production following in its footsteps, although this could still take at least a decade.