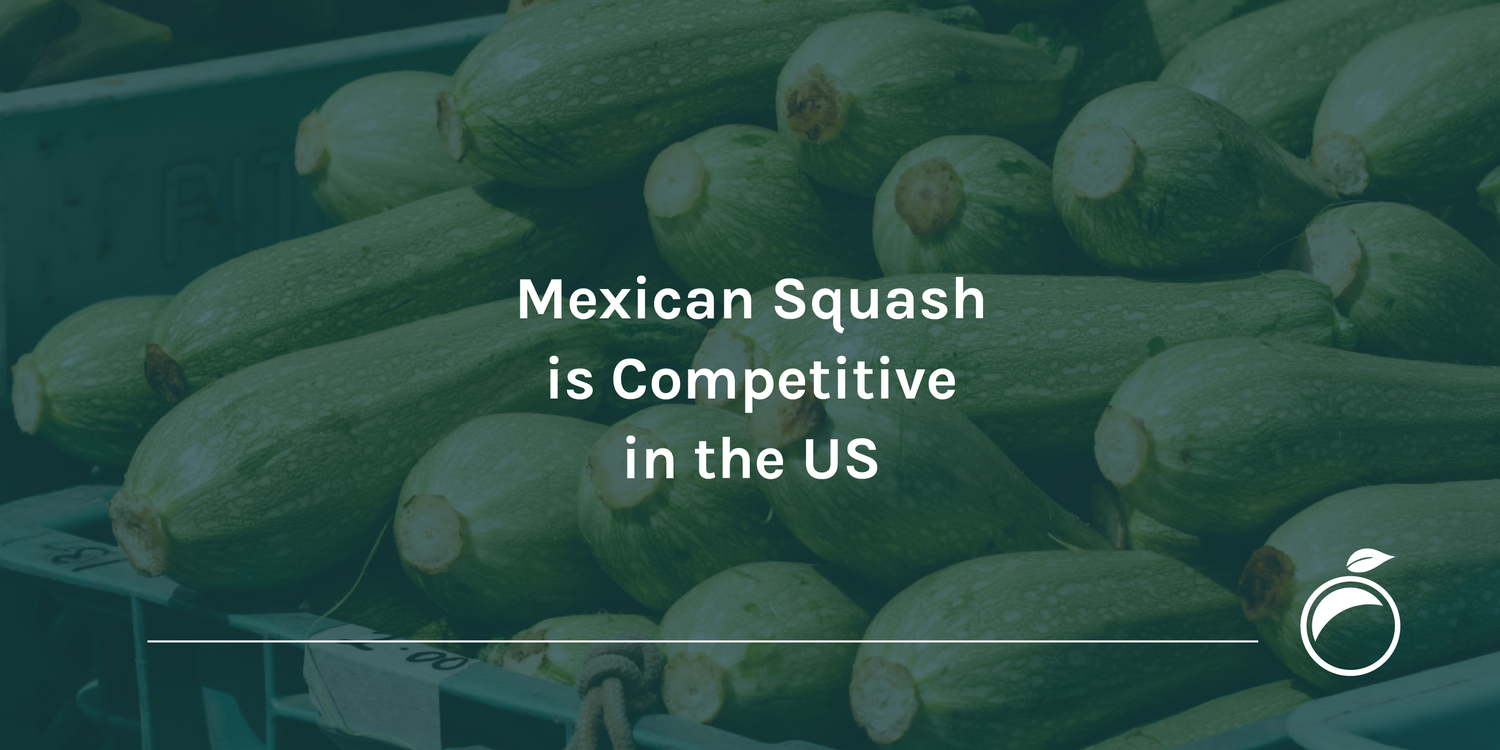 Mexican Squash is Competitive in the US

The competitiveness of Mexican squash was in question, leading to an investigation by the United States International Trade Commission (USITC), which has just recently concluded.

Mexican squash was in the spotlight for obvious reasons. In 2020, 97% of the total squash imported by the United States was from Mexico, its main supplier, and there were hints at unfair competition.

What was the conclusion?

The investigation concluded that Mexican squash farmers are competitive in the production and export of the crop without requiring any type of government subsidy, which indicates that there is no need to impose any type of sanction or tariff. Of course, this is not what American farmers wanted to hear.

The Commission indicated that the semi-arid climates present in Mexico where squash is produced lead to more frequent harvests and less pressure from pests and diseases. Additionally, trellises and shade structures are typically used to increase yields, which makes a huge difference.

The Fresh Produce Association of the Americas (FPAA) believes that the growth of Mexican agriculture, including squash, has been funded mainly through private investments, not government subsidies, which is why on a certain level they support the Commission’s determination.

Situation in the United States

In 2020, squash yields in Mexico were approximately 25% higher compared to yields in the United States, which were around 18.1 t/ha. Compared to the southeast US, where yields were 13.5 t/ha, Mexican yields were 67% higher.

One of the factors creating this striking difference is that in the United States, squash is grown without any type of support. This means that plants are entirely on the ground, which affects productivity and increases vulnerability to pests and diseases, especially when weather conditions are adverse.

Of course, the adverse weather conditions present during much of the year also prevent the United States from extending their production and harvest season. This creates uneven competition with Mexico, where weather conditions and the use of protective structures allow farmers to produce practically throughout the year.