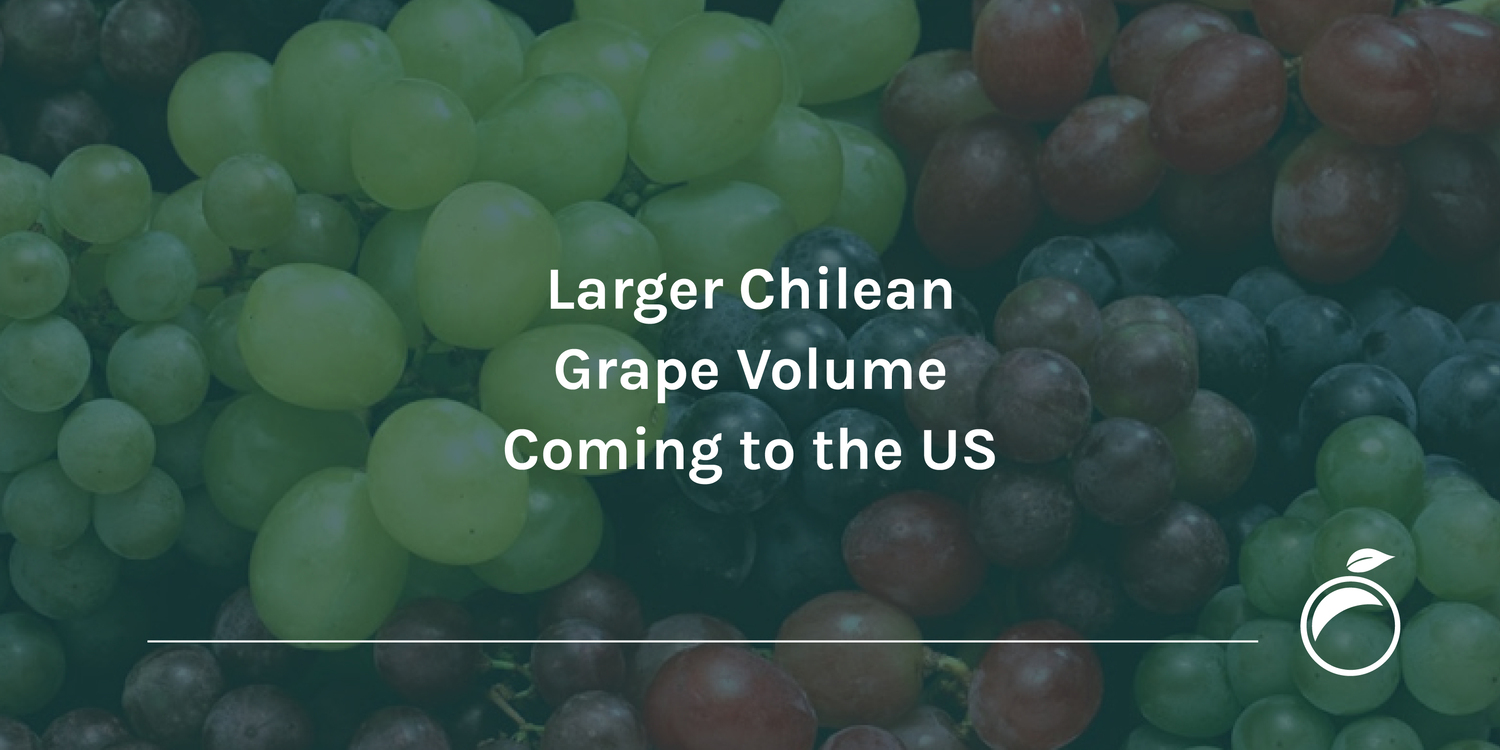 Larger Chilean Grape Volume Voming to the US

Chile is one of the most important table grape producers in the world, as it currently ranks as one of the top 10 countries with the highest volume production of this fruit, being that in 2020 it obtained 2.8 million tons in an area of 200,906 hectares.

In terms of exports, in 2020 Chile was the absolute leader, sending a total of 604,040 tons of grapes, which represented 12.2% of world exports. Of these exports, the most important amount was destined to the United States, a total volume of 260,000 tons. In turn, the U.S is the main importer of table grapes, with more than 650,000 tons entering the country in 2020 with a value of 1,888 million dollars.

In addition, according to the Chilean Fresh Fruit Association, Chile is expected to export a total of 693,707 tons of grapes this year, a considerable increase over 2020. For this same reason, a larger volume is expected to be shipped to the United States, in addition to the fact that, for the first time, Chilean grapes were present in the U.S. market since the beginning of the season, according to Mark Greenberg of Capespan North America.

Greenberg also mentions that Chilean grape production increased just as Peru’s supply decreased, which has prompted the flow of more Chilean fruit in recent weeks, so much more fruit is expected to enter.

However, in the long-term Chile’s plan for the movement of its grapes is not to grow during this period, as Peru usually dominates exports to the United States during December and January, so Chile wants to concentrate on shipping from mid-January onwards.

This expected increase in exports is mainly due to the fact that the use of new varieties increased by more than 73.5% compared to the 2019-2020 season, remarked Karen Brux, director of the Chilean Fresh Fruit Association.

In addition, Chile continues with the research and development of new grape varieties, expecting that these new varieties will help ensure that quality standards required to enter the U.S. market can be met more easily.

Brux also noted that the demand for grapes in the United States and several European countries will continue to grow, so Chilean grapes have a great opportunity to continue to grow in these markets.