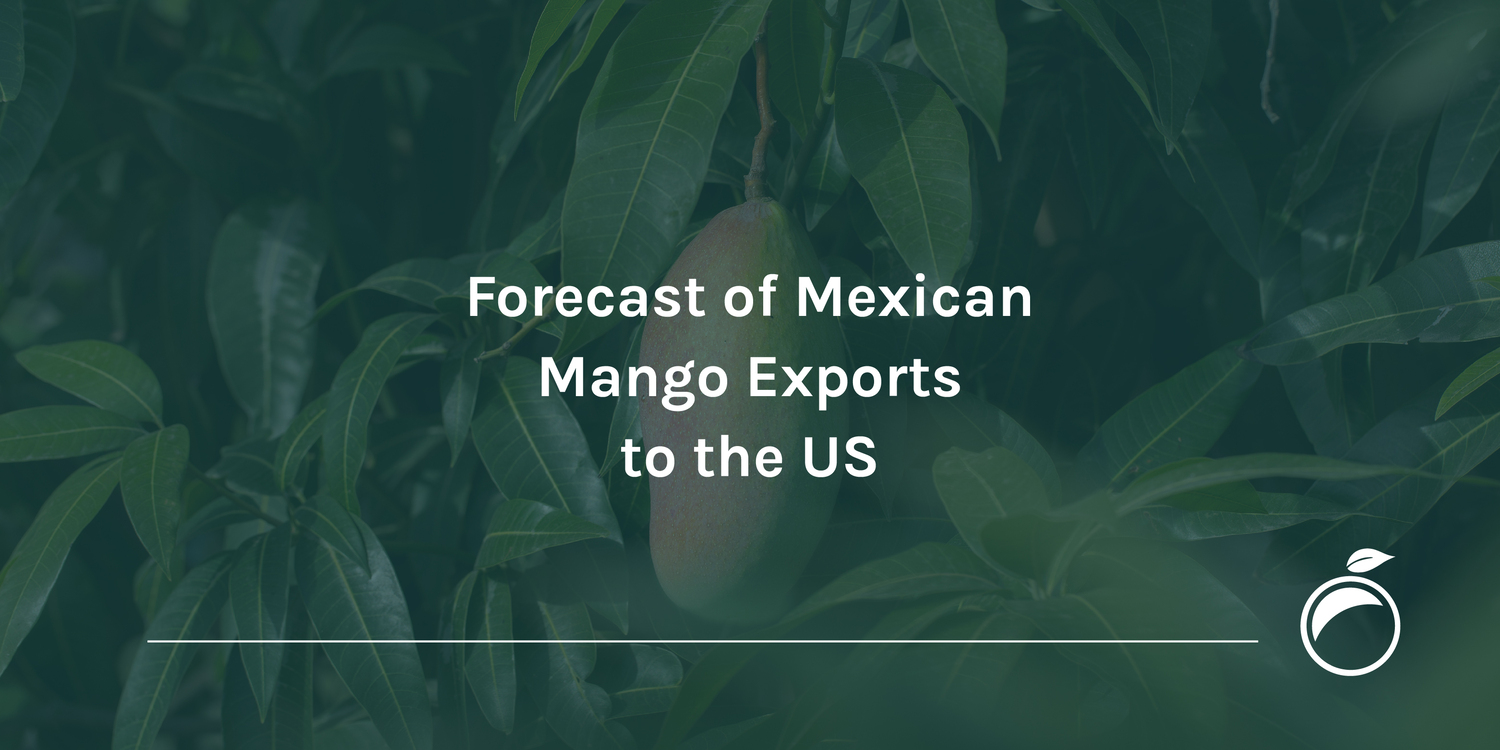 Forecast of Mexican Mango Exports to the U.S.

Mexico is one of the world’s main producers of mango, ranking as the 4th country with the highest mango production in 2020 with 2,085,751 tons during that year.

This year, Mexican mango production started strong, mainly in the southern part of the country, as weather conditions have been favorable for the crop, Ataulfo variety being the principal.

Eduardo Castillejos, president of the Mexican Mango Exporters Association (EMEX by its acronym in Spanish), said that the strong production in the state of Oaxaca will be during the month of April, according to current expectations.

Mexico is also a reference as a mango exporter, since in 2020 it exported 468,420 tons of mango in 2020. Its main customer was the United States, so that in 2020 statistics indicate that 64 out of every 100 tons of mango imported by this country came from Mexico. Other countries that usually import significant quantities of Mexican mangoes are Canada, Japan, Spain, the Netherlands and France.

Additionally, for the 2022 season, nearly 62 million boxes are expected to be shipped to the United States, considering that in 2021 59 million boxes were shipped, with May, June and July being the highest production months, but having the season peak in July, according to data from the Agricultural and Fisheries Information Service (SIAP by its Spanish acronym).

The large volume expected during the months of March and April could represent a good opportunity for marketers in the U.S., as well as a good time to promote St. Patrick’s Day and Easter through the marketing of this product, according to Jojo Shiba, west coast sales director of Hidalgo (Texas) from GM Produce Sales.
Expectations for 2022 regarding the flow of Mexican mangoes to the United States are encouraging because the production of this commodity promises to have a good season, a situation that may benefit mainly the marketing chain.