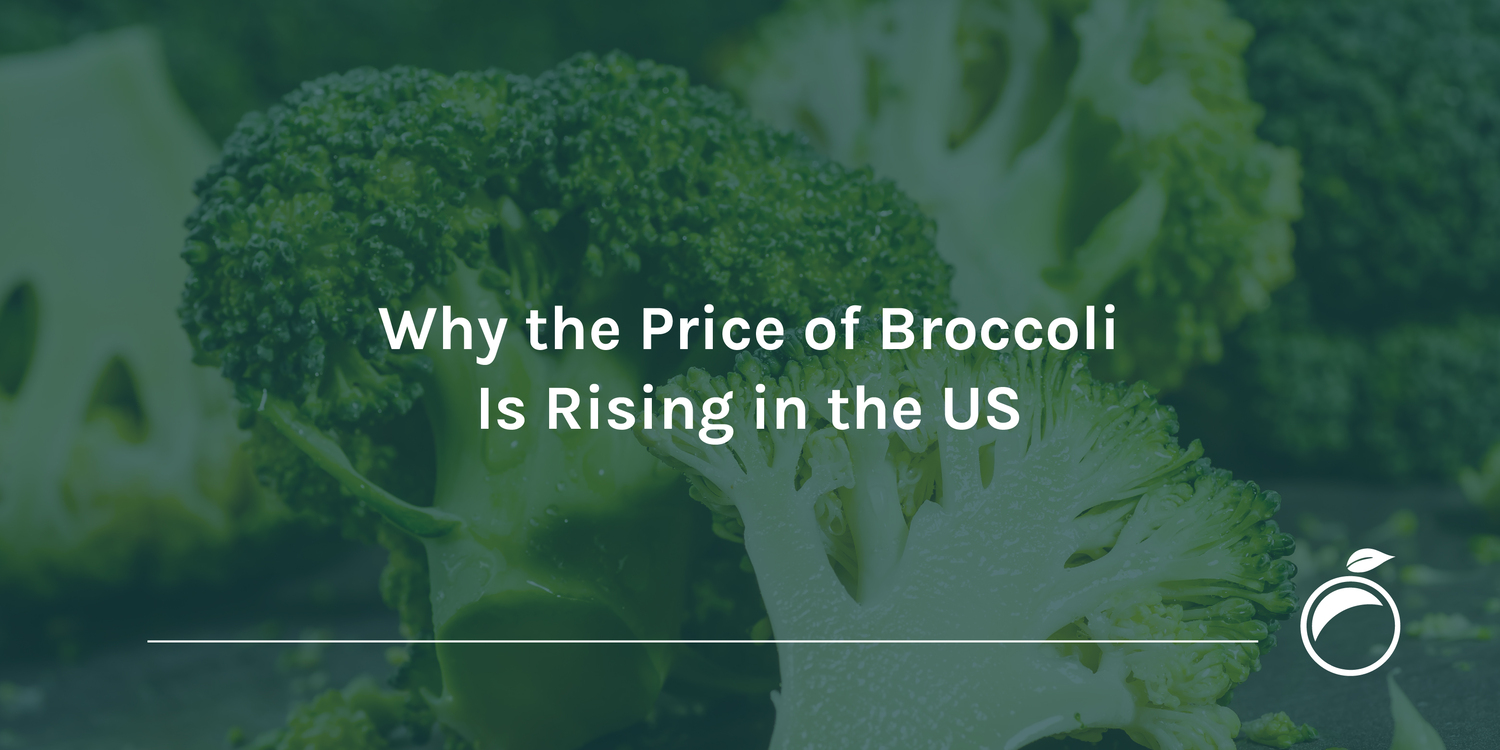 Why the Price of Broccoli Is Rising in the US?

The popularity of broccoli in the United States has increased significantly in recent decades, mainly because it is a versatile vegetable that can be quickly used in many dishes.

Compared to other agricultural products, broccoli provides a variety of health benefits and a high nutritional density, holding one of the first positions in the Aggregate Nutrient Density Index (ANDI), a scale created by Dr. Joel Fuhrman.

Broccoli was introduced to the United States by Italian immigrants, and its cultivation in the state of California dates to 1925. In 2020, 804,302 tons were produced: 90.4% in California and 9.6% in Arizona. Of that total, 96.9% was sold fresh, refrigerated, or frozen, while the remaining 3.1% was used for the production of processed foods.

This vegetable is grown all year, though the high season runs from October to December. While the majority of broccoli is sold fresh, processed products are gaining relevance, which is not problematic for farmers since current varieties can be used fresh or processed.

Why is the price of broccoli rising?

Beginning in early October of 2021, the demand for broccoli in the US market was higher than the supply from California and Mexico together, so an increase in prices was anticipated in mid to late October.

The resulting increase in prices was maintained during November. It was expected that the trend would continue through December, primarily due to a decrease in supply caused by lower-than-expected temperatures in California and Mexico.

Broccoli production in Mexico has two very marked peaks, the first in March, April, and May, and the second in August, September, and October. The high season for Mexican broccoli exports is in the months of November and December, which is why adverse climate conditions, together with the decrease in production toward the end of the year, immediately affect export volumes. This has happened on various occasions, especially when winter arrives early.

How much does broccoli cost in the United States?

Broccoli is sold by the pound or by the “head.” A pound of conventionally grown broccoli can cost between $1.5-5.0 USD, depending on the variety and the point of sale. Organic broccoli reaches prices of $6.0 USD/lb.

Furthermore, small pieces of broccoli, known as “florets,” are sold frozen in bags, and each bag costs between $1.7 and $5.5 USD.

The Pricer. The cost of broccoli