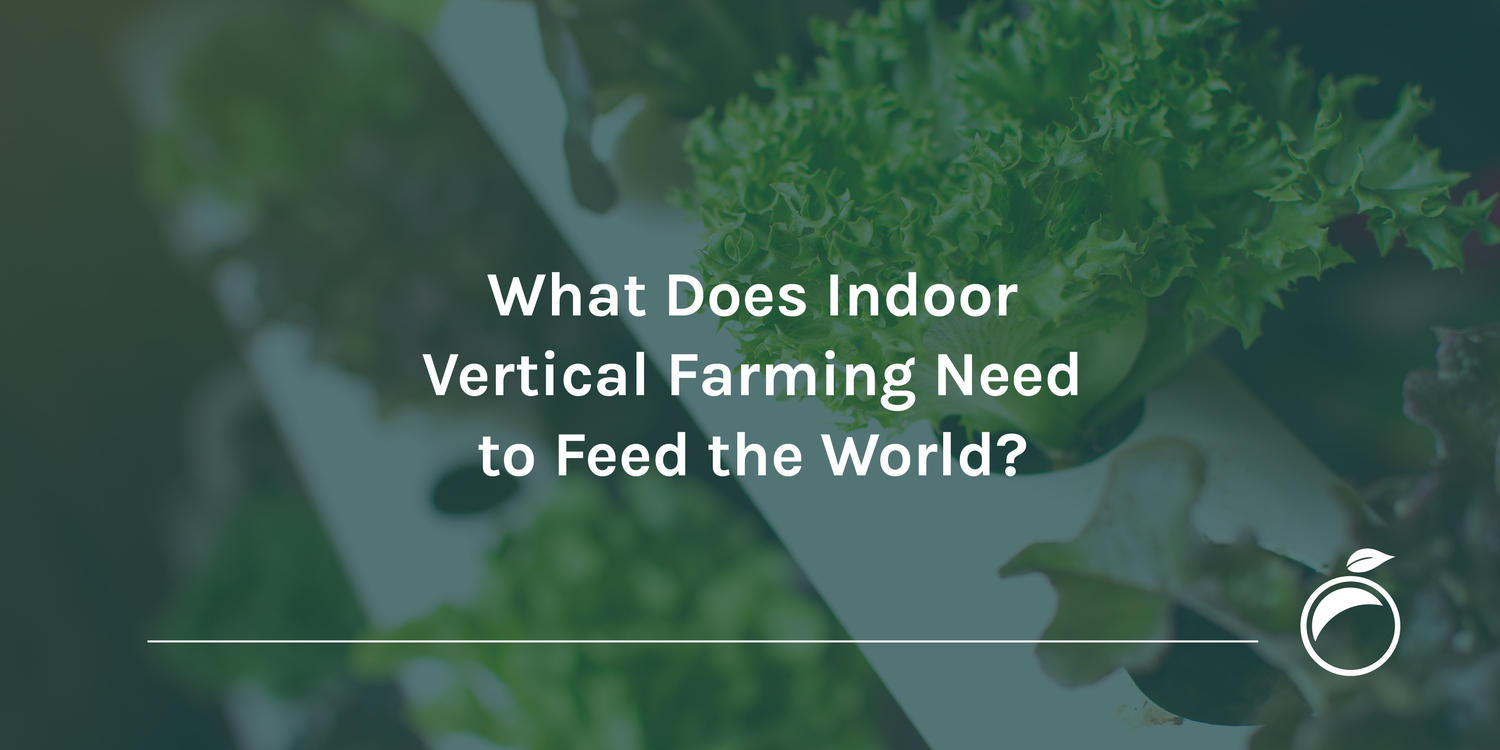 What Does Indoor Vertical Farming Need to Feed the World?

In 2021, controlled environment agriculture had its best year ever in the United States and Canada, with many projects emerging to meet the needs that resulted from the logistical problems faced by fresh produce supply chains.

In addition, vertical farms in controlled environments are getting a lot of attention from the media, who are providing coverage of new projects, which has helped many to obtain good amounts of financing; some examples of this are: Upward Farms, which recently announced plans to build the largest vertical farming facility in the world; Soli Organic, which secured a $120 million investment from The Decennial Group; and Vegpro, which invested US$55 million in its first carbon-neutral greenhouse facility.

When we talk about agriculture in controlled environments or indoor agriculture, this is associated with vertical agriculture, allowing the creation of highly intensive production systems in which the optimization of resources is the maximum objective. In addition, the aim is to have the market nearby so that distribution can be performed quickly.

In recent years, the debate about whether vertical agriculture in controlled environments can feed the world or not has arisen. Personally, I believe that in the very long term, this type of production system could really feed the world in its entirety, but at present the systems need to be improved in certain aspects to begin to move in that direction.

Agriculture in a controlled environment is impressive to look at, as the facilities resemble advanced technological laboratories, which seem so distant from the traditional vision of food production in the field.

However, through a simple web search we can realize that its production is mostly focused on lettuce, in its various types and varieties, with some presence of kale, basil, scallions, mint, etc., only small vegetables, while in the case of fruits the only one that comes up in searches is the strawberry.

We do not want to minimize the importance of these crops, because those who are involved in their production know that they represent an excellent business opportunity, since a sector of customers prefers the consumption of products with the greatest freshness possible; nevertheless, I do want to make a reflection on what is required to have a greater diversity of crops in this type of production systems.

Part of the solution to the challenge of incorporating some fruiting vegetables and fruit trees is to encourage the development of small-fruited varieties.

In extensive production, smaller fruit varieties have been developed for a variety of fruit trees so that management and harvesting can be made easier. However, in order to apply indoor vertical farming to these crops, even smaller varieties need to be developed so that they are manageable in small spaces.

Another important point to consider is that indoor farms have a high consumption of electricity, since the production is carried out in an enclosed place and sunlight has to be replaced with artificial light, which can lead to a rise, at some point, in the energy needs of food production, if we are considering a possible increase in this type of production in the next decade.

Of course, we must bear in mind that highly efficient LED lighting systems are already being used, which are becoming more and more accessible because their prices have dropped considerably in recent years. But we must not forget that agricultural production is tending towards sustainability, driven by the pressure that certain consumer sectors are beginning to exert, which means that this energy should come from renewable sources.

Currently, the most viable source of energy for this type of production is solar panels, the cost of which should also be considered in the economic analysis of the project, so that it can be estimated how long it will take to amortize them.

However, it must be taken into account that indoor production requires a secure connection to the power grid and a generator in case of emergency, because, although in normal operation it should be able to function with energy from renewable sources, in case of any problem the crops do not wait, and the lack of light for a prolonged period could result in a total loss of the plants.

This aspect can be easily covered, since many vertical agriculture projects in controlled environments are already contemplating to obtain energy through renewable sources from the beginning, but beyond this, a key point that could help a lot would be to promote a certification to ensure that indoor farms are having a neutral energy expenditure, because it would certainly be setting an example for the rest of the agricultural production.

What about skyscraper farms?

However, I believe that we will reach the point where the size of the structures (mainly metallic) could turn production into something risky, so it will be necessary to begin the era of skyscraper farms.

If there are skyscrapers with offices, I don’t see why there can’t be farm skyscrapers. These would also allow the production of larger and heavier crops, which current structures cannot support.

For example, in a 40-story building, with a 30×20 meter area, we would have the equivalent of 2.4 hectares, although as indoor production is much more intensive, we could possibly obtain the same volume of production as in 24 hectares of extensive agriculture, considering that the investment made should result in at least a 10 times increase in production.

Undoubtedly, vertical agriculture in controlled environments has enormous potential to feed the world, provided that the existing challenges are adequately addressed.