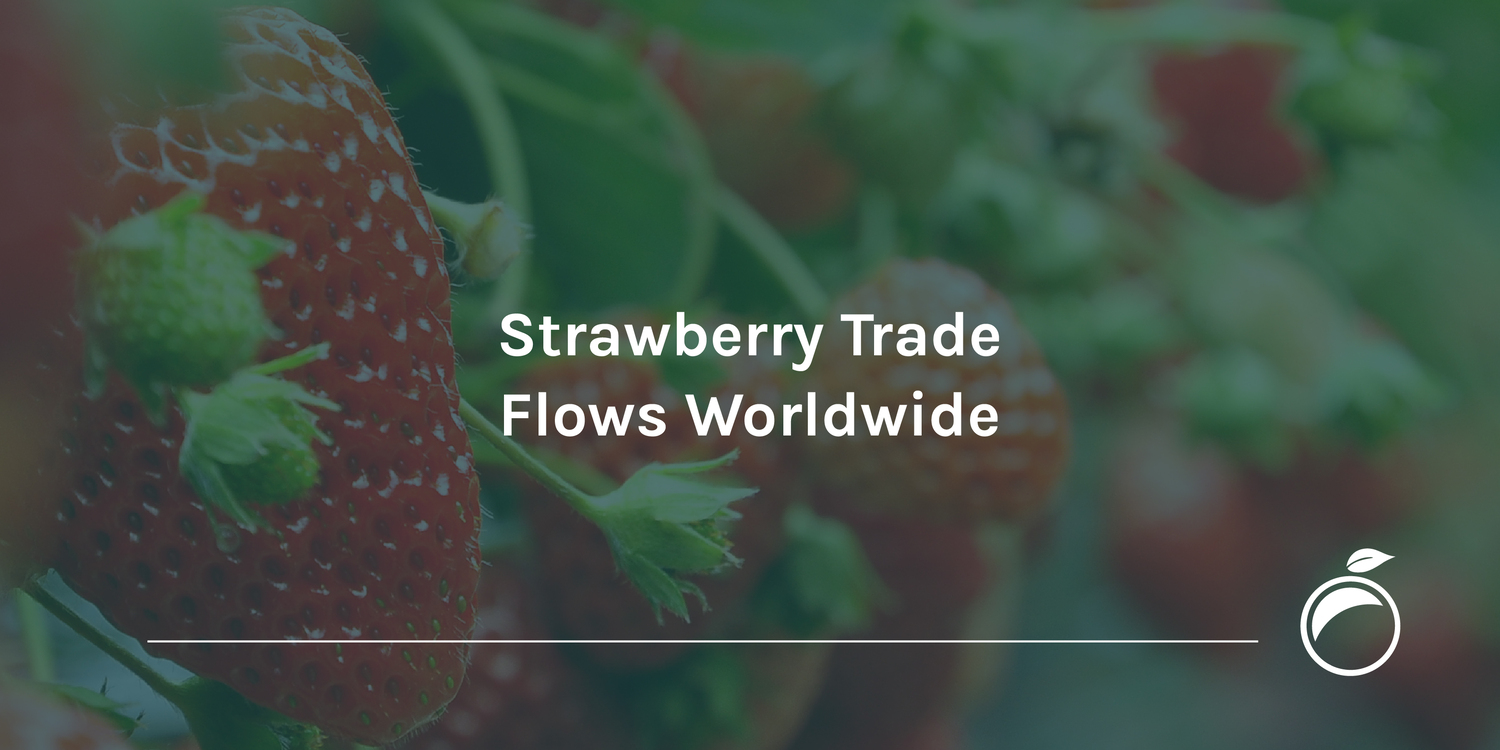 It’s estimated that by 2030, there will be a 30% accumulated increase in global demand for strawberries. This means that this crop will not only acquire greater economic importance and generate more business opportunities for countries that currently lead production and exports, but that it will also create opportunities for countries that are striving to earn a place in the global strawberry trade in the coming years.

It’s important to note that the principal global strawberry trade flows occur in neighboring countries, since the strawberry is a highly perishable fruit whose shelf life can decrease drastically if the appropriate conditions are not met during distribution.

In this context, the 5 principal global trade flows of strawberry represent 45.8% of the global trade, which translates to 48.7% of the total value, or 1.321 million dollars.

Considering the declared volume of strawberry exports in 2019, the principal trade flows, according to FAOSTAT’s detailed matrix, occur between Mexico and the United States, between Spain and Germany, and between the United States and Canada. These flows are analyzed in more detail below.

The United States is the second largest strawberry producer in the world, behind China. However, national production is far from meeting consumer demand, which has allowed Mexican farmers to increase exports to the United States over time, representing an important source of revenue for the sector.

Between 2010 and 2019, the volume of exports increased annually by an average of 9.6%, going from 65,700 to 137,304 tons, although the increase in import value was 21.9% for the same period, going from 142 million dollars to 564 million dollars. This indicates a greater appreciation of the Mexican strawberry in the US market due to improved quality and food safety, as well as the implementation of better technology in production.

Following a period between 2004 and 2011 during which Spanish strawberry exports to Germany decreased, in recent years the volume has increased, reaching 102,139 tons in 2019. However, it has not exceeded the historical peak of 108,809 tons from 2016. Regarding the value of exports, the peak was reached in 2018, at $232 million.

Thus, Spain is recognized as the principal supplier of fresh strawberries to Germany. Its closest competitor, the Netherlands, exports only one tenth of Spain’s export volume to Germany, so Spain is expected to continue its dominance.

Although the trade flow from the United States to Canada represents the third most significant in terms of volume, with 96,824 tons in 2019, it holds the second position in terms of value, with 338 MM for the same year, far surpassing the 218 MM in Spanish exports to Germany.

It’s worth noting that beginning in 2014, the volume of strawberries exported from the United States to Canada decreased considerably. While there has been some reversal in this trend, primarily due to the aggressive prices of California strawberries, water shortages caused export volume to decrease again in 2019.

An analysis of these trade flows clearly shows the global economic importance of the strawberry, which will continue to increase in the coming years.

For this reason, countries with conditions that permit cultivation of strawberries are increasingly seeking to expand their participation in the global market. While countries that currently lead the market are well established, making it difficult for others to catch up, there are always opportunities for players offering good quality and good prices.