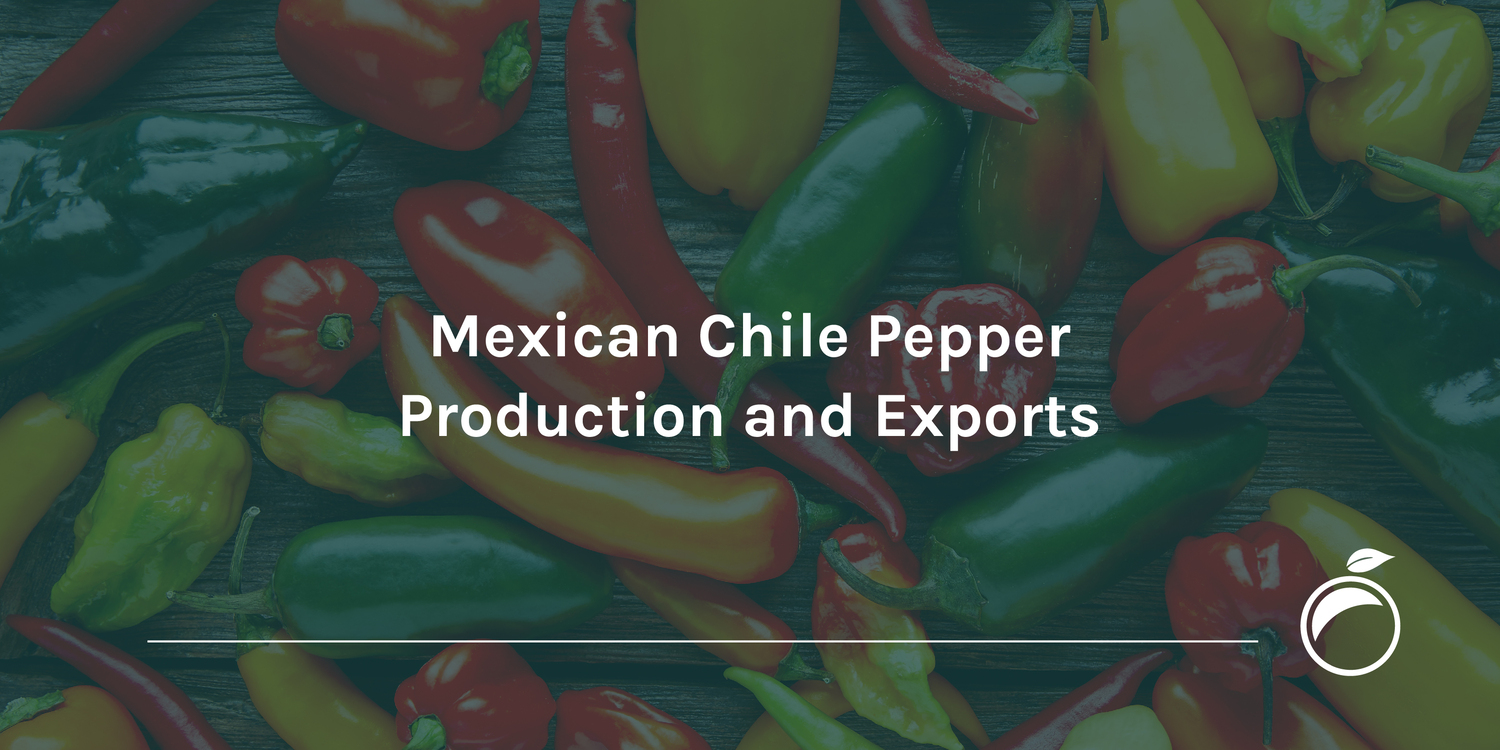 In Mexico, the main chile pepper producing states are Chihuahua and Sonora with 675,131 and 648,222 tonnes in 2020, followed by Zacatecas with 228,933 tonnes, states that together produce 55.1% of the national total, while Fresnillo in Zacatecas is the main producing municipality with 173,606 tonnes.

Production in Mexico is distributed throughout the year, with the highest volumes during the months of September, October and November and the lowest volumes in March and June.

The production peak is quite marked, having a decrease during spring, but an increase during the summer until reaching production peaks in the fall, between the months of September and November, and decreasing again throughout the winter and spring.

In Mexico, 82.2% of chile production is obtained in the open air, while 10.0% is in shade netting and 7.8% in greenhouses. Likewise, the value of open-air production is higher, with 26,145 million pesos over 7,867 million pesos for protected agriculture It is worth mentioning that greenhouse yields are higher, 105.16 tonnes per hectare, compared to 18 tonnes per hectare in open fields.

Additionally, Mexico is also the leading chile supplier to the United States, over the Dominican Republic and Canada. However, Mexico also ships some volume to other countries such as Canada, Spain, Guatemala, and the United Kingdom.

The peak export season runs from December through March, with the highest volumes in December and January, complementing production in the United States, which is mostly in New Mexico and California during the months of July through December.

Being a product of utmost importance for the country, chile pepper production in Mexico has seen considerable growth over the last decade, making it the 2nd largest producer and the main exporter worldwide, with the United States as its main export destination, with about 99% of the total volume exported.

In addition, as the undisputed leader in exports, Mexico has ample room to continue growing and exploring new alternatives such as organic production or expanding to other destinations.