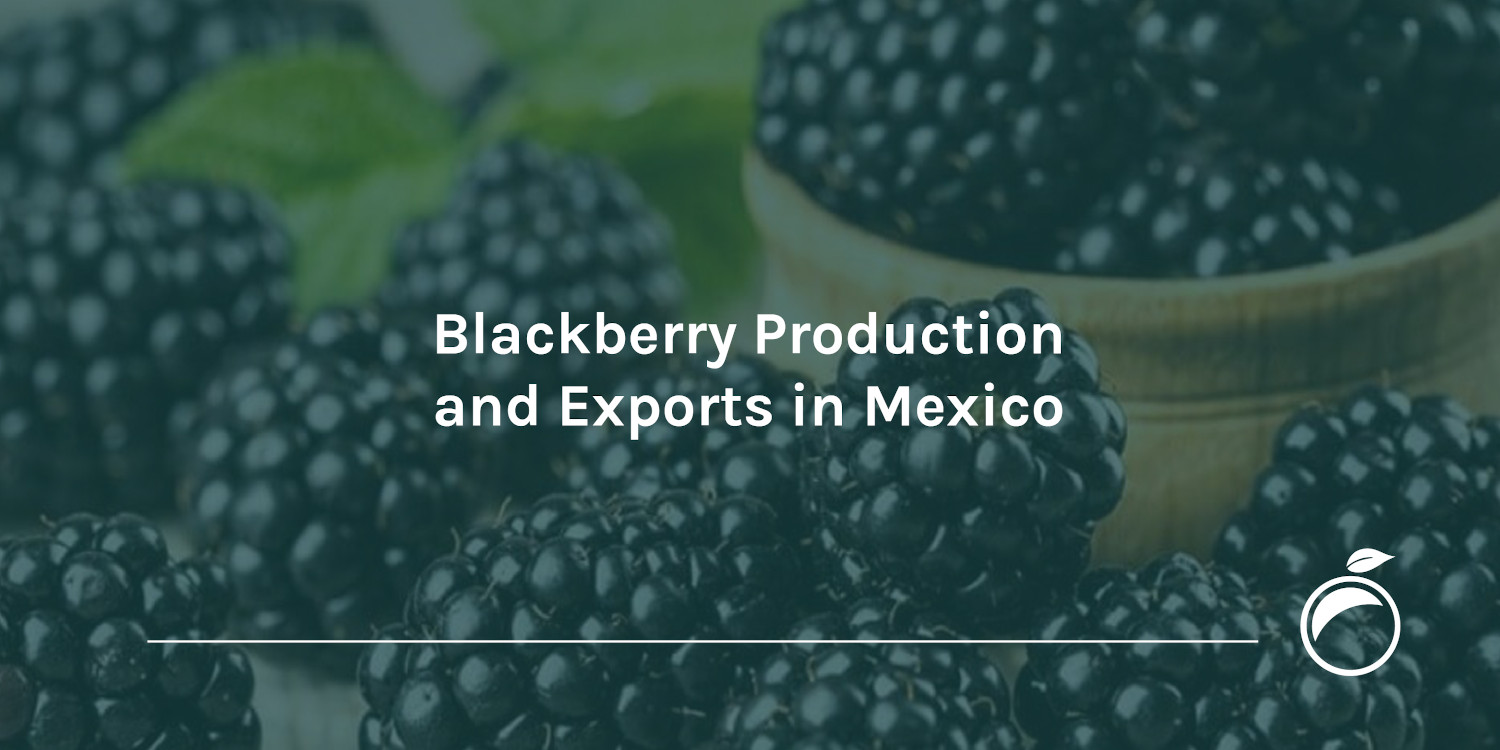 Although some variations have been observed in recent years, production tends to be highest in the middle and end of the year, with the highest volumes in December and the lowest in July and August, when production decreases significantly.

In Mexico, 94.3% of blackberry production is obtained in the open-air, while 5.5% is in macro-tunnel, 0.1% in shade netting and less than 0.1% in greenhouses, with a clear dominance of open-air production over protected agriculture, generating 4,025 and 313 million pesos, respectively.

On the other hand, as for the type of production, 98.4% is conventional, leaving only 1.6% for organic, so there is an opportunity for growth for growers who want to work under an organic production system. 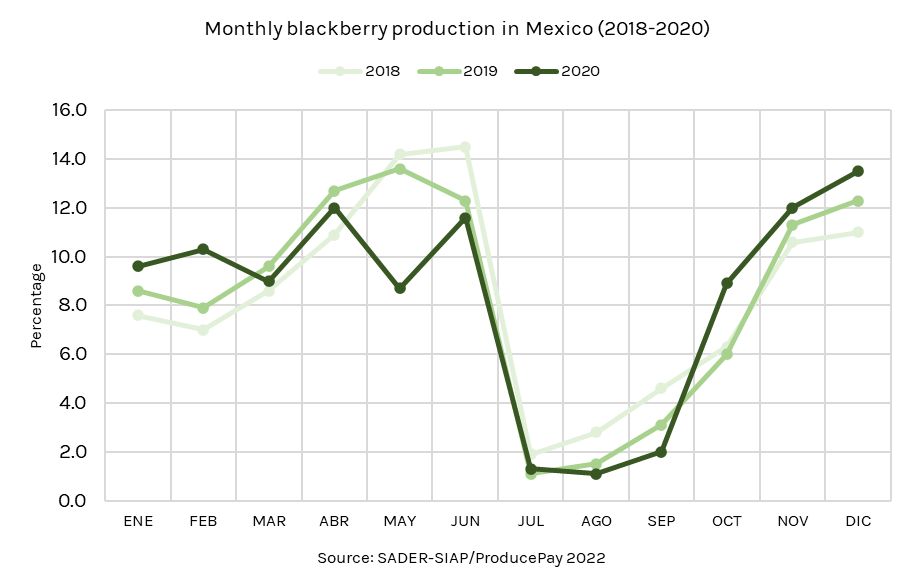 Despite the decrease in blackberry production in recent years, export volumes have not been too much affected, as they have remained constant, considering that exports in 2020 represented a value of 435 million dollars, an amount 8.8% higher than in 2019.

Most of the Mexican blackberry exports are destined to the United States, having that in 2020 around 70,000 tonnes were sent to this country, sending the remaining volume to Canada, Europe, United Arab Emirates and Saudi Arabia.

The seasonality of exports has varied slightly in recent years, however, the high season occurs mainly between December and May, while the lowest volumes are shipped between June and September, a period during which it competes with production in the United States. 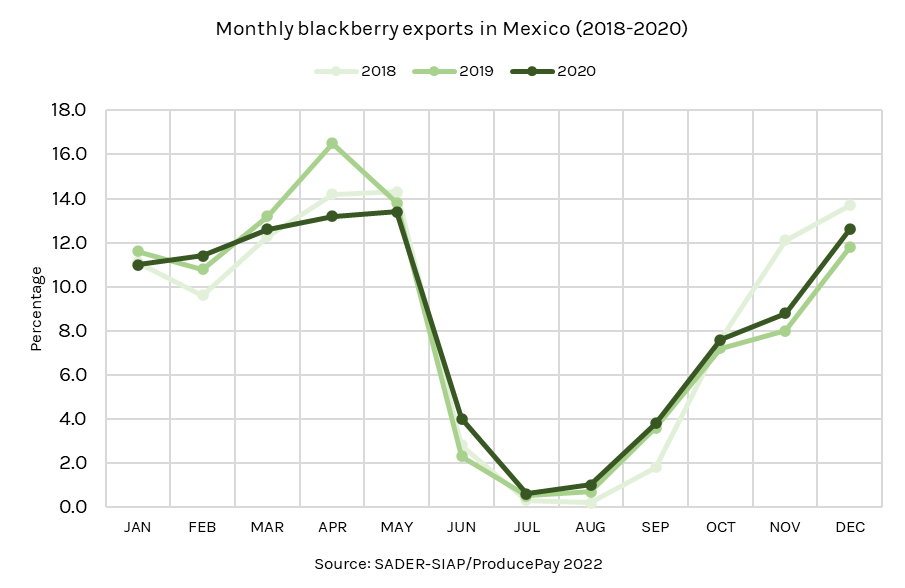 Blackberry production in Mexico has been in constant decline since 2019, the period in which the pandemic began and gained strength, something that possibly will not jeopardize its position as the largest producer, although it will have to be closely monitored in the following years.

On the other hand, this has affected exports very little, since they have remained relatively constant, although if this decrease in production continues, they could be more affected in the future. However, Mexico still has a great potential for growth, so new alternatives could be explored, such as organic production, technification or expansion into new markets.