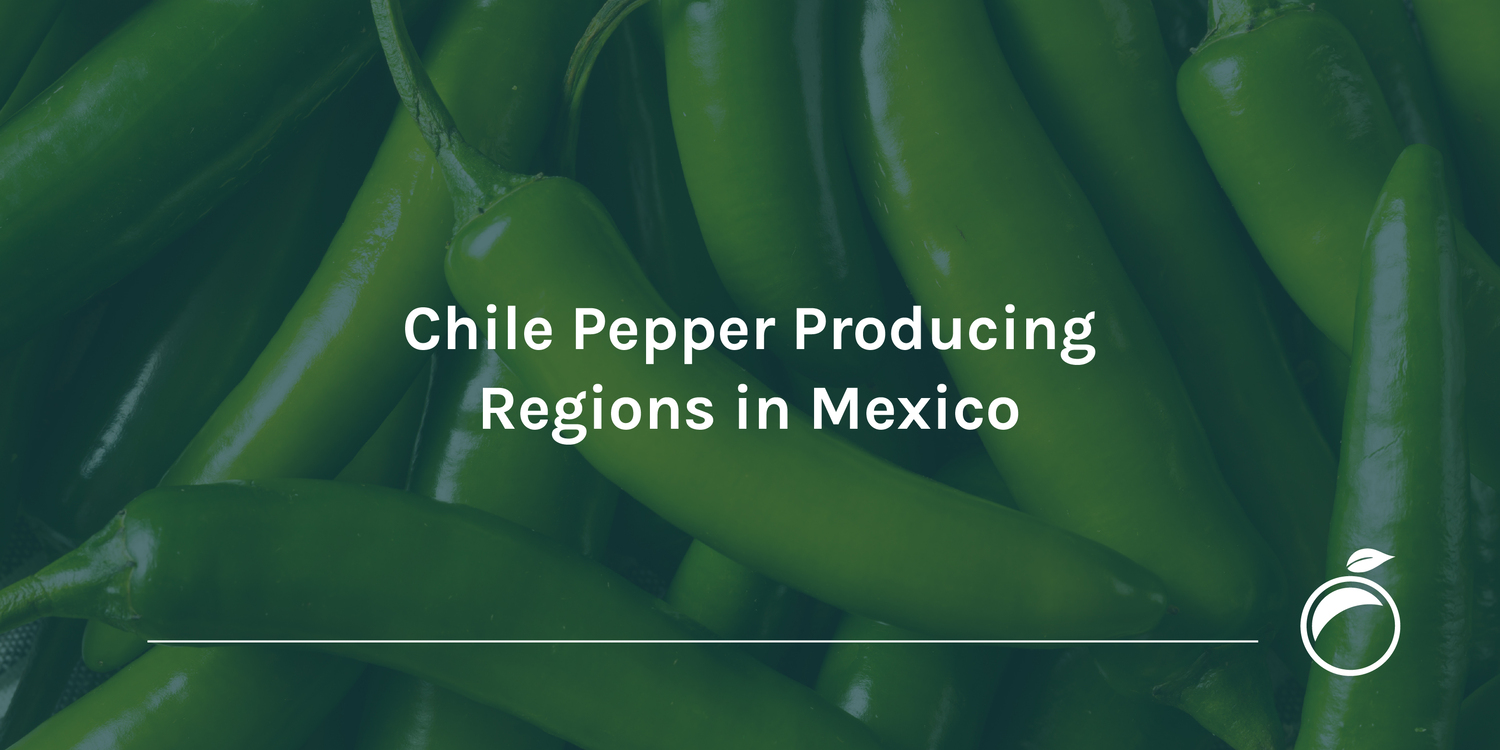 Chile pepper production in Mexico is concentrated in the central and northern regions of the country. Mexico is one of the world’s leading producers of chile peppers and there is a wide variety of them grown in the country, although the most common type is  jalapeño, which is used in many traditional Mexican dishes.

Other popular types grown in Mexico are serrano, poblano and habanero, with each type having its own flavor and level of spiciness, and Mexican growers have developed many different varieties to suit different tastes.

In recent years, Mexican chile peppers have become increasingly popular among cooks around the world who are looking to add a touch of spice to their dishes, so in addition to being an important ingredient in Mexican cuisine, they are also of great economic importance due to exports.

The states that lead chile pepper production in Mexico are Sinaloa, Chihuahua, Sonora, Zacatecas and Jalisco with 67.9% of the national volume in 2021, or 1,669,979 tonnes.

Of the 5 states with the highest production, Sinaloa obtained the highest average yield, with 43.9 tonnes per hectare, while the highest price per tonne was obtained in Jalisco with 12,209 pesos.

In terms of the production value, Sinaloa led with 5,590 million pesos, accounting for 23.7% of the national total, followed by Chihuahua and Sonora with 16.4% and 8.6%, respectively.

The 10 municipalities with the highest chile pepper production in Mexico during 2021 were Escuinapa, Fresnillo, Ascensión, Guaymas, Janos, Elota, Culiacán, Yurécuaro, Navolato and La Paz, which accounted for 37.6% of the national volume, or 924,429 tonnes.

Escuinapa, in the 1st position, produced 179,573 tonnes (7.3%), although Fresnillo was the municipality with the largest harvested area with 5,691 hectares (6.9%), being Escuinapa the municipality that obtained the highest production value, with 1,084 million pesos (4.6%).