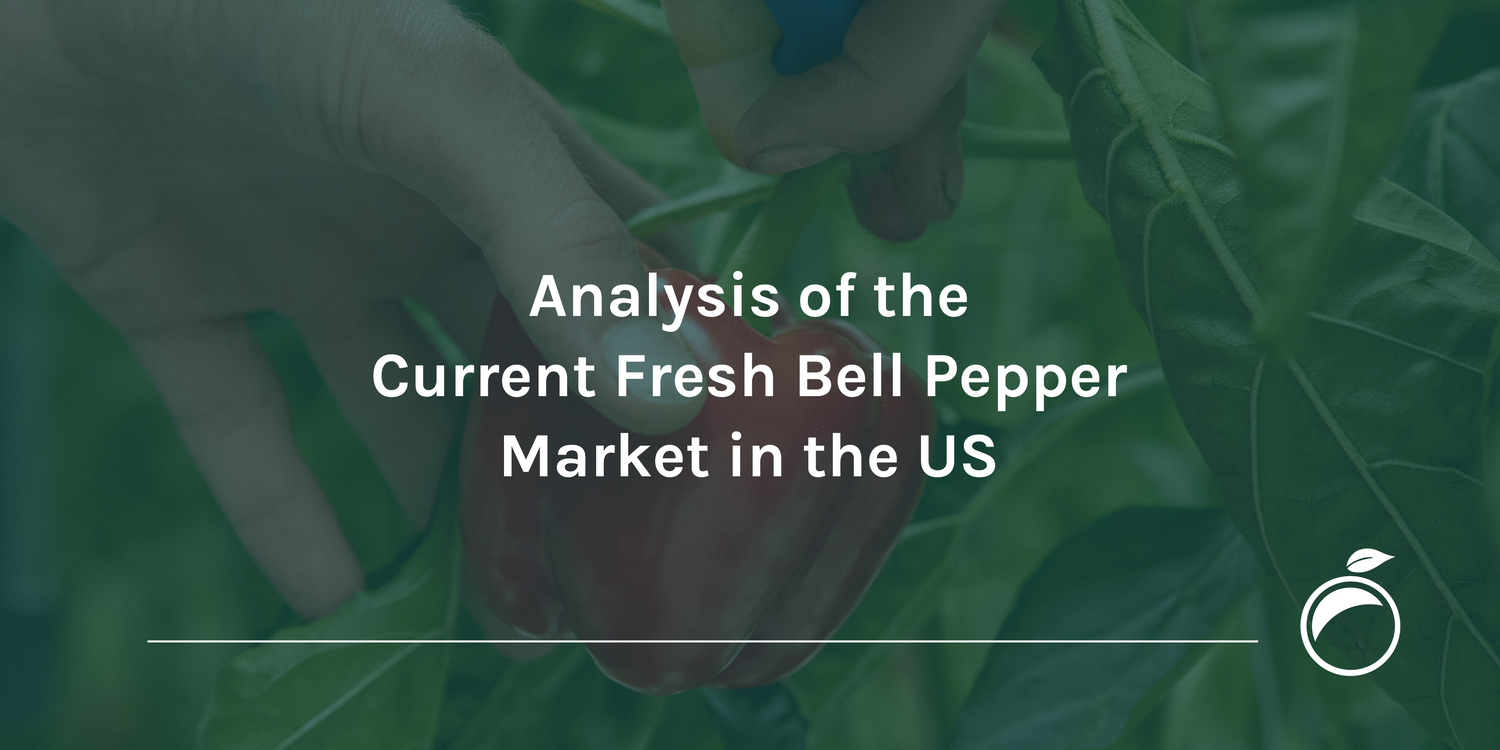 Analysis of the Current Fresh Bell Pepper Market in the US

Bell pepper is widely grown in the United States, although its production is mainly concentrated in California and Florida, with Georgia and New Jersey complementing it with slightly lower volumes.

In order to meet the constant demand in the fresh bell pepper market, each year the United States imports more bell pepper and, conversely, its exports have decreased.

This trend is easily seen in the following table, which indicates how bell pepper imports went from 1.46 billion pounds to 1.84 billion pounds between 2017 and 2021, a significant increase of 26.5% that has benefited growers from other countries, who have seen more and more opportunity in the U.S. fresh bell pepper market.

Main suppliers of fresh peppers to the United States

The United States is the world’s leading importer of fresh peppers, and due to the constant demand in its market and the decrease in its domestic production, imports from the United States have increased year after year, having Mexico as its main supplier.

Mexico is the undisputed leader in bell pepper exports globally, so it is logical for it to be the main supplier of bell peppers to the U.S. market, with a volume of 1,471 million pounds in 2021, which represented 79.8% of total imports and a value of $1.164 billion.

Therefore, Mexico seeks to continue consolidating its position as the main supplier of fresh peppers to the United States, although during the first quarter of 2022, the U.S. imports of Mexican bell pepper dropped 12.6%.

Canada is positioned as the second-largest supplier of fresh bell pepper to the United States, contributing 322.6 million pounds in 2021, which represented 17.5% of total imports that year.

Until 2019, the Netherlands was in third position as a fresh bell pepper supplier to the United States. However, in 2020 imports from this country dropped drastically, and it was finally overtaken by Honduras.

Price of imported fresh bell peppers in the United States

The average annual price for bell pepper imported by the United States has remained relatively stable in recent years, with a price of 0.82 usd/lb in 2018 and 0.88 usd/lb in 2021, although with an increase in 2020, when it was positioned at 0.92 usd/lb.

In general, prices tend to fall at the beginning of the year because this is when there is the highest volume in the market, as both production and imports are high, which causes supply to soar, while during the summer, as there is less supply, prices reach their peak.

The United States has experienced a steady decline in bell pepper production in recent years, a situation that, together with the constant market demand for the product, has led the country to increase its imports year after year, with Mexico being the main supplier of this product.

Moreover, it seems that these imports will continue to increase, something that could imply a great growth opportunity for the countries that supply fresh bell peppers to the United States.

Do you want to know more about the production and trade of bell peppers? Download and review our analysis of the crop to learn more. Download it here!

Statista. Per capita consumption of bell pepper in the United States