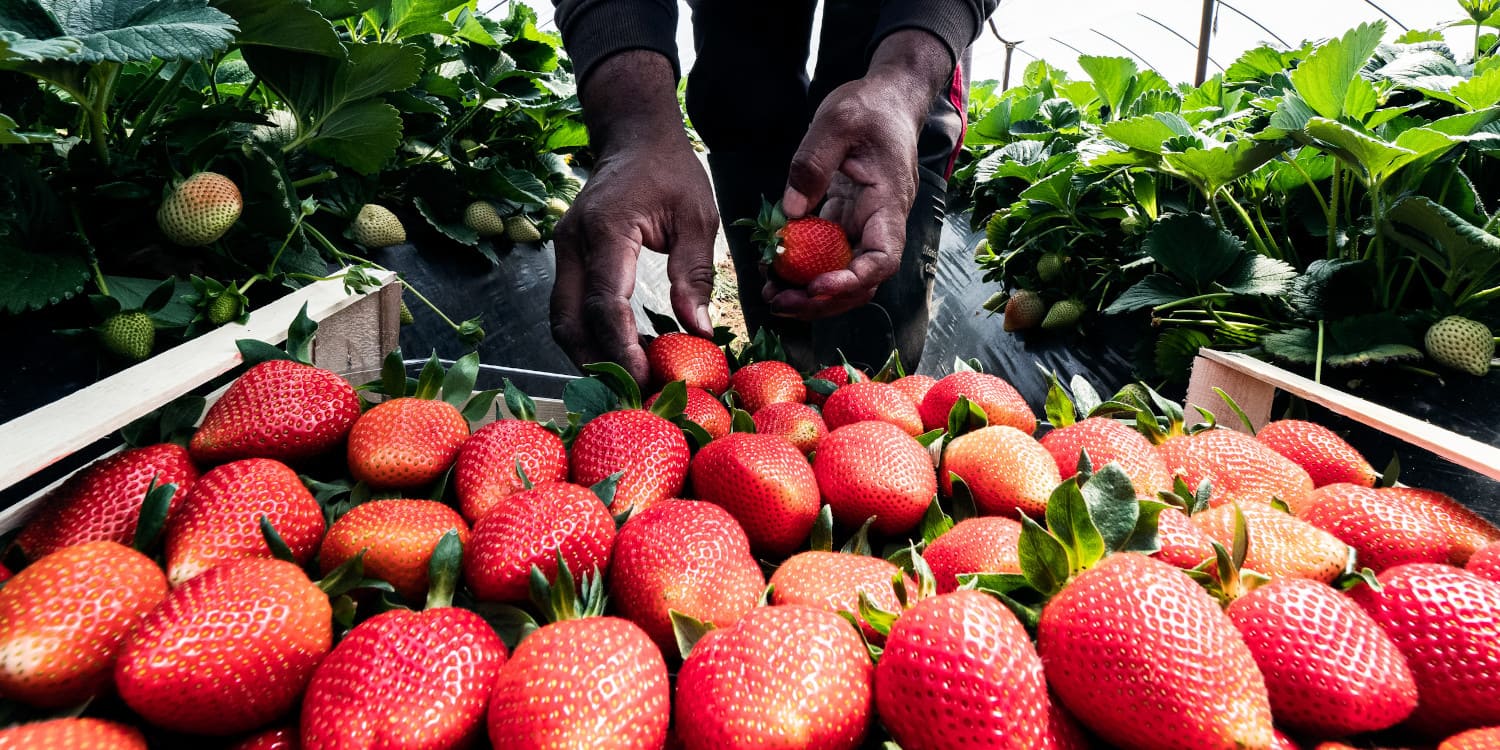 The strawberry is the most important commercial berry, above blueberries, blackberries and raspberries. Additionally, it is a fruit that consumers have been accustomed to consuming for many decades, being even one of the favorites due to its versatility to be used in the preparation of various dishes.

The United States has important strawberry production areas in California and Florida, although the states of New York, North Carolina, Oregon and Washington also have relevant areas for this crop. However, domestic production does not meet the demand of the internal market, so imports are necessary, being Mexico the country that covers almost the entire volume.

In addition, U.S. imports of fresh strawberries have increased in recent years, while exports have experienced a significant decline, which could indicate that the domestic market is consuming more and more strawberries, which has given Mexican growers the opportunity to do business.

Fresh strawberry imports and exports in the United States

Nevertheless, due to the seasonality of production, U.S. growers have already made several complaints of unfair competition against Mexican strawberries, since in Florida the strawberry season runs from December to March, while strawberry production in Mexico increases slightly between November and January, but without reaching the volumes of the high season in May and June.

Regarding the volume of fresh strawberry exports made by the United States, in 2020 Canada was the main destination with 74.8%, followed by Mexico and Japan, with 14.8% and 3.2%. U.S. strawberry exports to Mexico take place mainly in August, September and October, when strawberry production is minimal and domestic demand is not covered.

In the last two decades, strawberry consumption in the United States increased considerably, due to its perception as a very healthy product, but also thanks to imports, which allowed the product to be available in retail stores throughout the year. 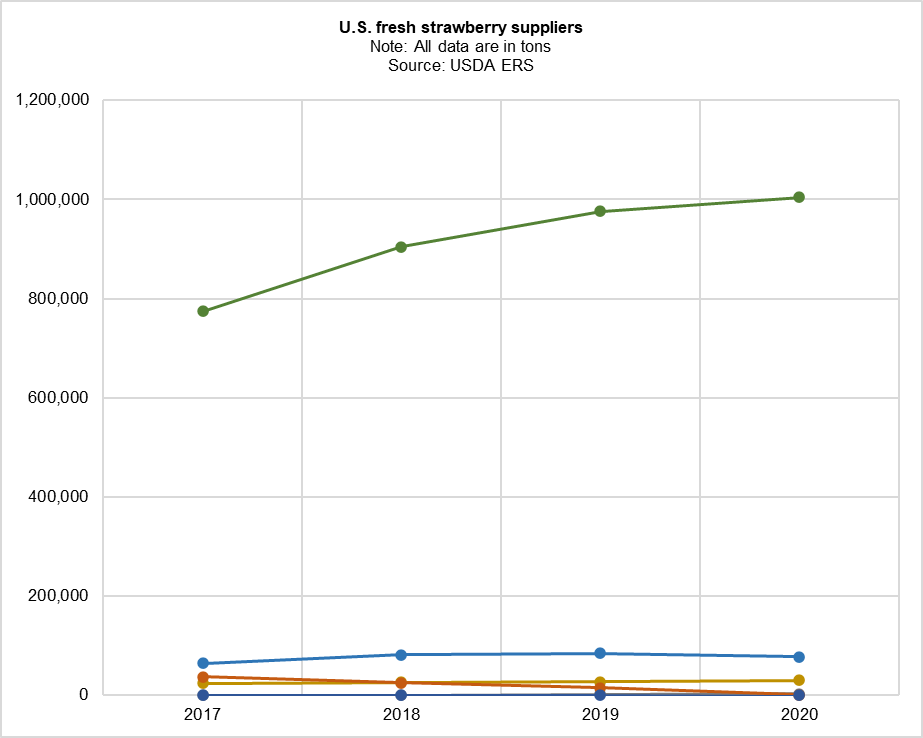 The volume from Canada has fluctuated up and down in recent years, despite this, imports have remained relatively stable, although there is no indication that the volume will increase significantly in the coming years.

It is certainly noteworthy that a highly perishable product, such as strawberries, is imported from so far away, in Western Asia, although the annual volume is low and has increased very little each year; moreover, precisely because of the distance, it will be difficult for Turkey to increase its strawberry exports to the United States.

Among 2020, the months in which the highest prices were reached were from October to March, with highs of 4.35-4.94 usd/kg. The lowest prices of the season were between May and August, with values of 1.92-2.78 usd/kg.

Prices tend to fall in the middle of the year because this is when peak production in Mexico occurs, and since much of the fruit is exported to the United States, supply increases, making it necessary for prices to fall so that the product can be marketed quickly.

Price of fresh strawberries imported by the United States (usd/kg)

Fresh strawberry consumption in the United States is expected to continue to increase in the next few years, but not at a great pace, due to the fact that a wide variety of healthy products are now offered almost the whole year round, when previously they were only seasonal. Even the other berries may be taking some market share away from strawberries.

But, the more import volumes increase, the more Mexican growers will benefit, since they have several important production advantages over growers in California and Florida.