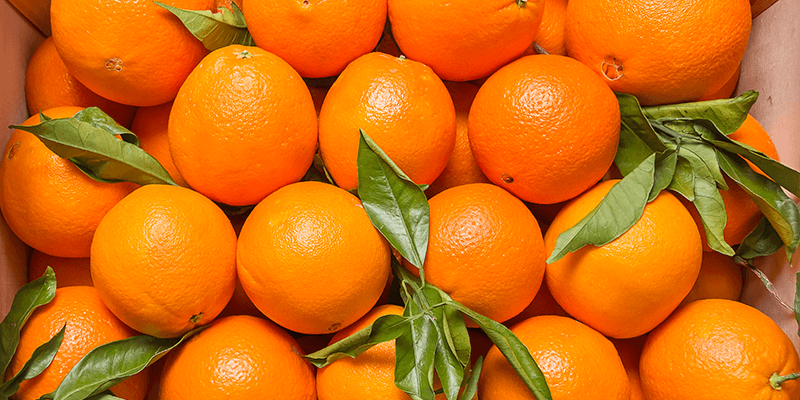 Florida represents the largest orange producer in the United States, but in recent years the industry has been hit by citrus greening, better known as huanglongbing, which is why the United States Department of Agriculture (USDA) has indicated that production expectations for the 2021/2022 season are low.

It is important to mention that the orange season in Florida runs from October to June, although peak production occurs at the end and beginning of the year. Production is expected to be the lowest in the last 77 years; volumes expected now have not been seen since 1975.

Citrus greening is caused by the bacterium Candidatus liberibacter asiaticus, which in turn is transmitted by the citrus asiatic psyllid (Diaphorina citri). The biggest problem is that there is no cure for this disease, but if it is detected at an early stage, it can be managed by implementing certain preventive measures such as eliminating diseased trees.

The vector is known to have arrived in the United States through commercial ports, the first detection being in Florida in 2015, although California and Texas already have the problem as well, the result of which manifests as unmarketable fruit.

However, despite the measures taken in Florida, the disease continues to spread. One of the measures is to eliminate any tree that is within 580 meters of an infected tree, regardless of whether this other tree is also infected or not. This measure has led the government to eliminate thousands of orange trees, affecting of course the growers, although several of them won a lawsuit and will receive a compensation of US$700 for each healthy tree destroyed.

With this situation, Florida’s expected orange production in the current season is 44.5 million 40-kilogram boxes (1,780,000 tons), a volume that would allow California to displace Florida as the leading orange producer.

As a result, the juice processing industry has already been affected, as orange juice
futures for March rose 5.1% immediately after the release of the USDA estimate.

This situation could be of great interest to Mexican growers, because if orange production in Florida continues to decline, the U.S. market will surely need to increase its imports of this citrus fruit, which even though it is the most produced in Mexico, its exports are minimal, given that historically the U.S. orange industry has been stable.