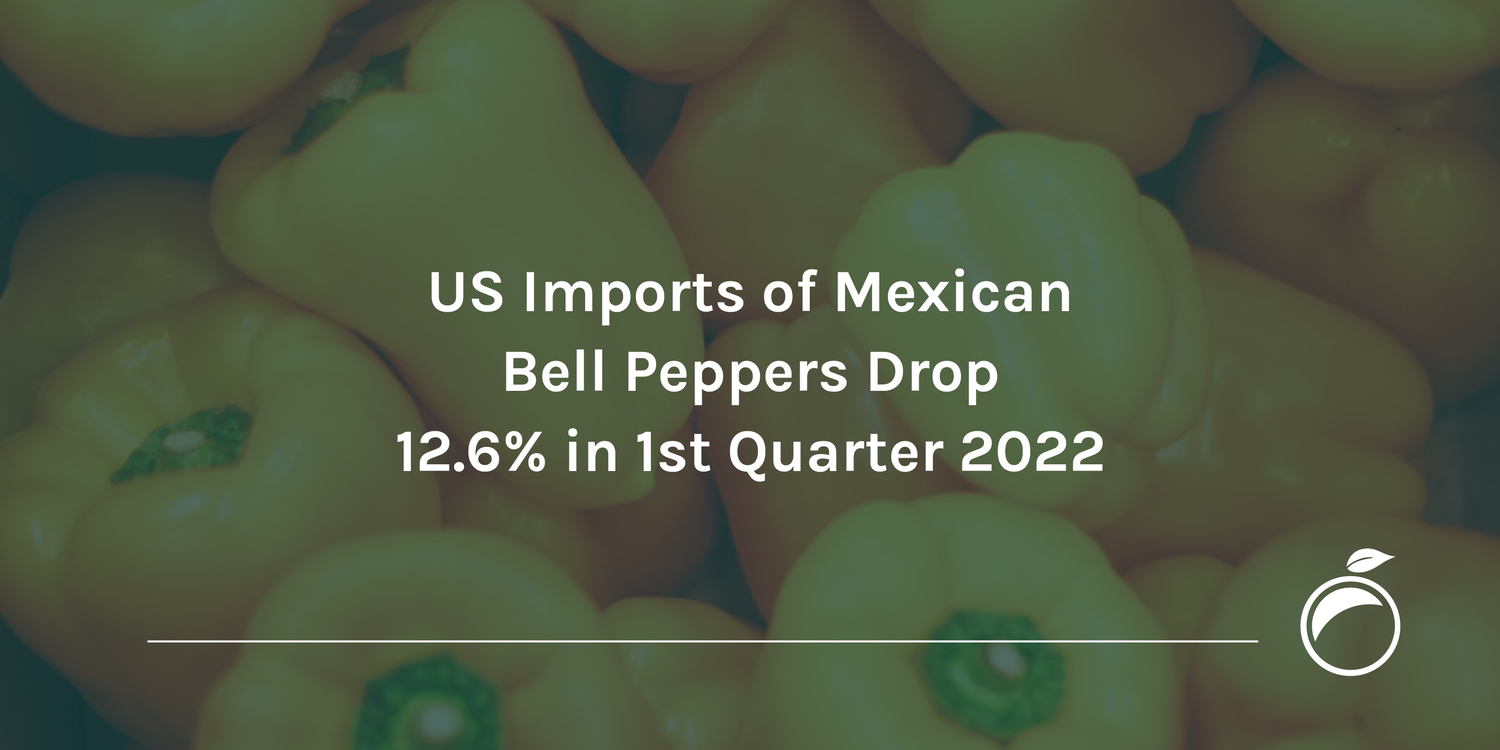 During the first quarter of 2022, U.S. bell pepper imports from Mexico dropped 12.6% from the previous year, according to data from the Economic Research Service of the U.S. Department of Agriculture (USDA-ERS).

Mexico is the main bell pepper supplier for the United States, a position it has consolidated over the last few years as the import of Mexican bell peppers to the U.S. market has seen a steady increase.

Other important bell pepper suppliers for the United States during this first quarter of the year were Canada (11.8 million dollars), Honduras (5.2 million) and Dominican Republic (2.8 million), imports that showed a variation from the 2021’s first quarter of +20.4%, +47.0% and -34.1%, respectively.

It is worth mentioning that most of the bell pepper imports by the United States are made precisely during the first three months of the year, so having started the year with low volumes could mean the total volume of bell pepper from Mexico to be lower in 2022 than in 2021.

Do you want to learn more about bell pepper production and marketing? Download and review our analysis on this crop to learn more. Download it here!