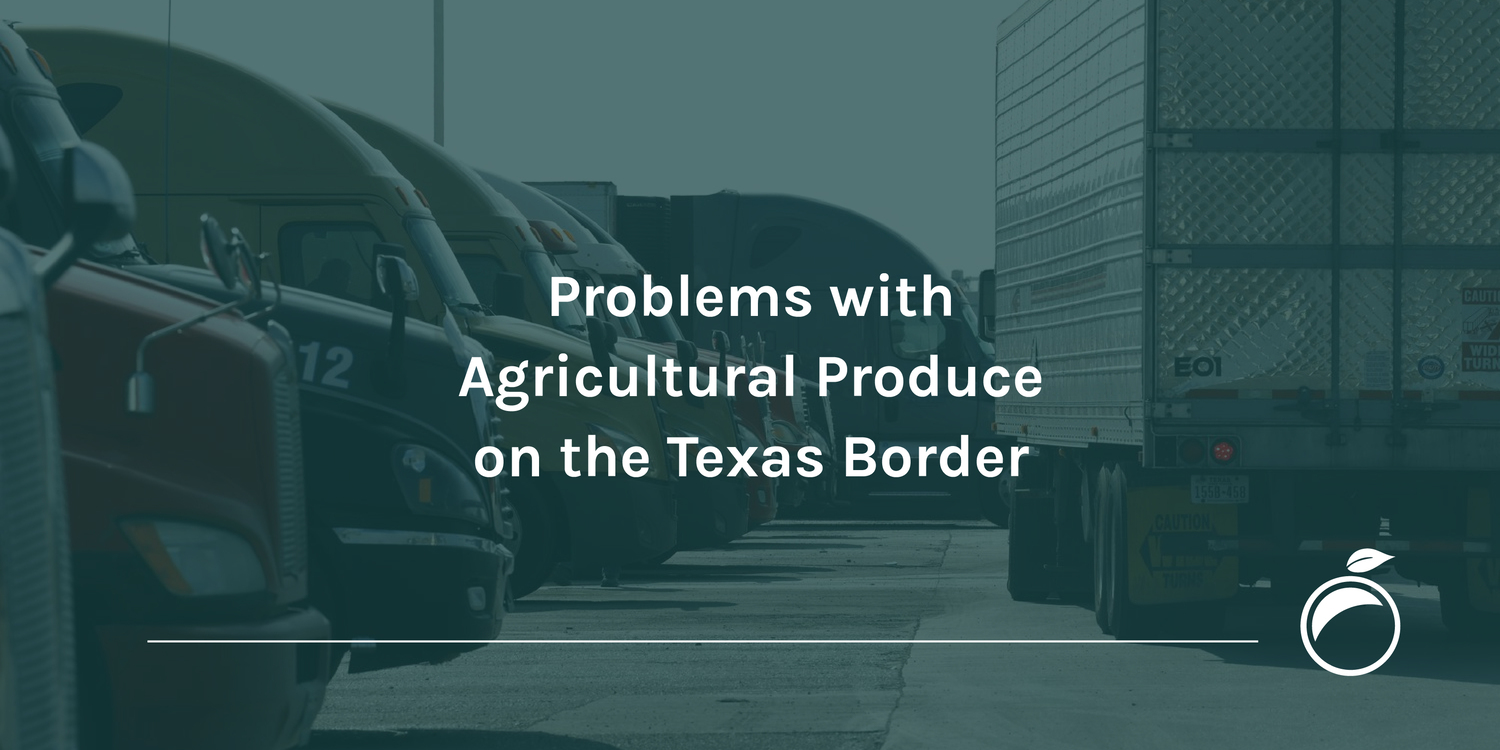 Problems With Agricultural Produce on the Texas Border

In a release in early April, President Joe Biden announced that all expulsions under Title 42 would end in late May. This Title, enacted in March 2020 by former President Donald Trump, allows for the expulsion of undocumented asylum seekers along the Mexico border.

As a result of this announcement, the governor of Texas, Greg Abbott, announced on April 6 a series of actions that would help secure the border between Texas and Mexico, a measure that caused truckers to begin a blockade on the Pharr-Reynosa international bridge as a sign of protest.

One of the main points of disagreement among the truckers is the requirement of an additional inspection for all commercial vehicles crossing the Texas-Mexico border, something that has been causing long waiting lines to cross, with some truckers reporting waits of up to 40 hours.

Evidently, the agricultural industry was quick to react, as U.S. officials have expressed concern about the impact these border delays have had on the supply chain of produce coming from Mexico.

According to Lance Jungmeyer, president of the Fresh Produce Association of the Americas (FPAA), more than $9 billion dollars of produce are traded through Texas each year.

Jungmeyer also noted that these delays have meant that up to 80% of perishable produce cannot cross daily, which translates into millions of dollars in losses for business owners and employees who have been idled.

On the other hand, the president of the Texas International Produce Association (TIPA), Dante Galeazzi, expressed his concern and implored Governor Abbott to find a solution.

Galeazzi said fresh produce from Mexico employs about 8,000 Texans and represents $850 million to the state’s economy.

On top of that, this problem interrupted the flow of fresh produce for the Easter holiday, which mainly affected retailers in the United States.

Finally, after a week, last Wednesday, April 13, the truckers ended the blockade, although additional inspections are still continuing, and the flow of vehicles is slow.

Governor Abbott proceeded to relax the border inspections after meeting with various Mexican authorities from the states of Nuevo Leon, Tamaulipas, Chihuahua and Coahuila, with whom joint measures were agreed upon to facilitate the crossing of vehicles at different parts along the border.

However, the consequences generated by both the governor’s action and the commercial delays will continue for weeks, to which Jungmeyer said: “If the inspections stopped today, it would take over a week for the supply chain to return to normal”.