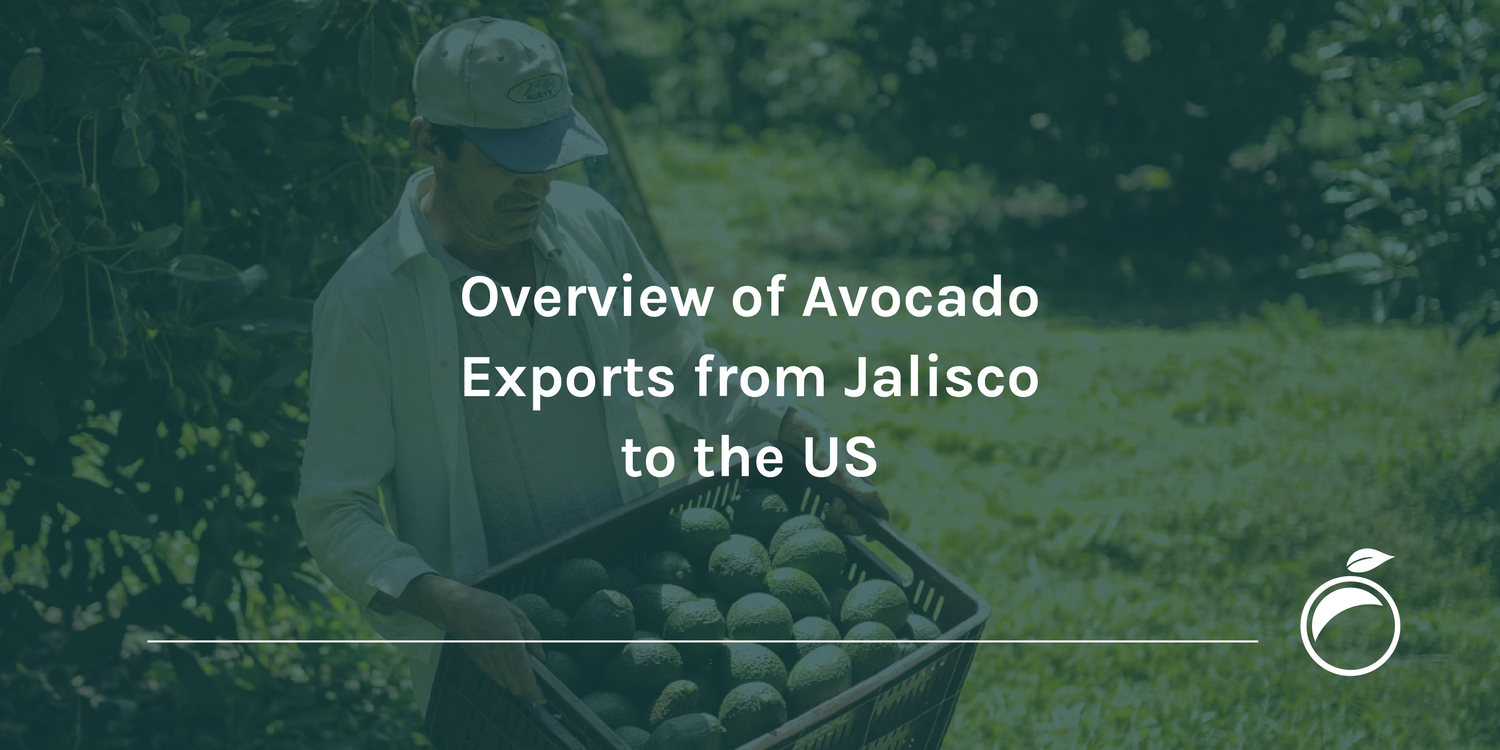 Overview of Avocado Exports from Jalisco to the US

On November 21, the Ministry of Agriculture and Rural Development (SADER by its Spanish acronym) reported that the Mexican government was in negotiations with the U.S. government, through the United States Department of Agriculture (USDA), to open avocado exports from the state of Jalisco.

These negotiations led to the imminent authorization on December 21 by the USDA for Jalisco’s Hass avocado growers to finally be able to export to the United States.

To close these negotiations, an Operational Work Plan (PTO) was implemented so that growers and packers in Jalisco could successfully start exporting this product.

Despite this, both representatives of the National Service of Agrifood Health, Safety and Quality (SENASICA by its Spanish acronym) and the Association of Avocado Producers and Exporters of Jalisco (APEAJAL) have already announced that more than 3,000 producers in the state are ready to begin exports, which means that 12,000 hectares of the 22,107 hectares in the state can begin shipping the product.

The authorization by the U.S. government is a direct response to a trend in the increase of avocado consumption, something that is leading to a rise in the prices of Mexican avocados in the U.S. market, even reaching an all-time high during week 8 of this year with 5.6 usd/kg in the San Francisco Wholesale Market.

Although it should be mentioned that there is still a lot of uncertainty regarding the implications of Jalisco’s entry as an avocado exporter to the United States, so it is important to analyze in detail the consequences for the United States of importing avocados from Jalisco.

In addition to the growing demand, prices were also affected by the fact that in February the USDA stopped the flow of Mexican avocados, a situation that generated a shortage in the supply of avocados in the United States.

The U.S. government expects that the export of avocados from Jalisco will keep sales prices low by increasing the availability of the product in the market. This also represents a great opportunity for Mexico, which is already the world’s leading avocado producer and exporter, to further strengthen its leadership.