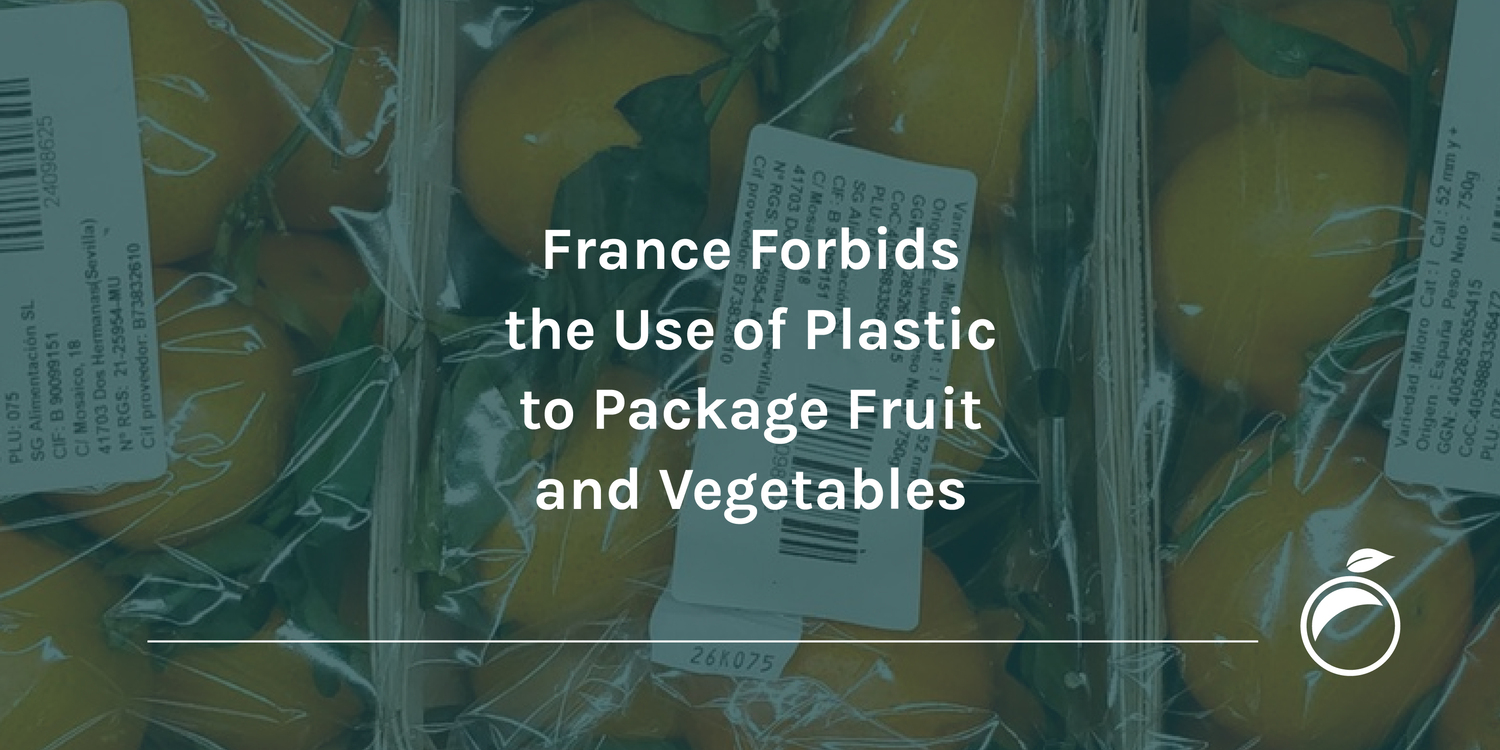 France Forbids the Use of Plastic to Package Fruit and Vegetables

The eyes of the world’s packaging industry are all on France right now, where big changes are taking place when it comes to fruit and vegetable packaging. The changes will be good for some and bad for others.

In an unprecedented move, the French government has approved a law prohibiting companies from using plastic to package fruit and veg weighing less than 1.5 kg. The aim is to reduce contamination by plastic residue.

The law, which was approved in October 2021 following intense pressure from various environmental groups to stop the use of single-use plastic, actually comes into force in January 2022, with certain caveats.

To comply with the law and do away with almost 1,000 plastic packages per annum, companies are being asked to replace all plastics used in their packaging materials for alternatives such as cardboard, cellulose fibre nets or paper bags.

Companies have 6 months to get rid of existing packaging, but the government will not be fully enforcing the law until 2026, to give stakeholders time to make the necessary changes.

Small producers and sellers have been the first to speak out against this law, claiming that the government did not consider their position, and that a lot of them do not feel they can afford to use alternative materials, which are much more expensive than plastic.

The big market players, on the other hand, support the legislation, having the resources required to make the changes. Cardboard manufacturers are of course also set to benefit, and that industry is forecast to grow enormously.

The precedent has been set

Many experts believe that the French government has set a precedent for other European countries who, already under mounting pressure from environmentalists and consumers alike, they believe will soon follow suit when it comes to food packaging.

The big question for the USA, Mexico and the rest of America is when, not if, they will join the growing trend. Sooner or later, they will be forced to do so, and they would do well to observe what is being done elsewhere in order to be adequately prepared for the inevitable.