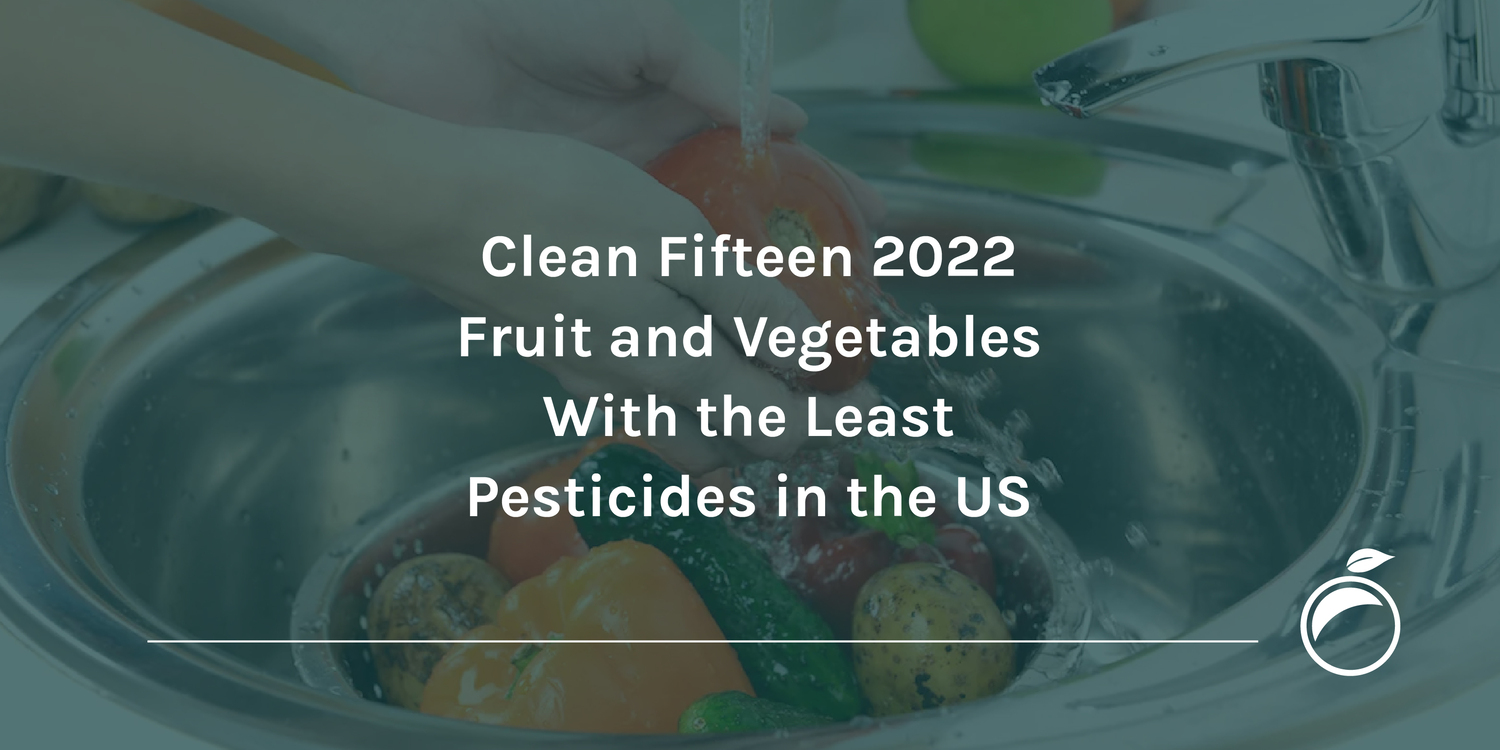 Clean Fifteen 2022: Fruit and Vegetables With the Least Pesticides in the US

Fruits and vegetables are an essential part of anyone’s diet , and although we all consume them, few people are concerned about their origin or the substances that have been used to produce them, such as pesticides that can seriously affect health and that may be present in fruits and vegetables even after they have been washed or peeled by the final consumer.

As a result, the U.S company Environmental Working Group (EWG) has been publishing its annual Buyer’s Guide to Pesticides in Produce since 2004, which ranks the pesticide residue levels of the 46 most consumed fruits and vegetables in the United States.

This guide is based on test results from the United States Department of Agriculture (USDA) and the U.S. Food and Drug Administration (FDA) on about 45,000 produce samples.

Two lists stand out in the guide: “Dirty Dozen”, which classifies the 12 products detected with the highest pesticide residues, and “Clean Fifteen”, which presents the 15 least contaminated. Check here which are the fruits and vegetables with the most pesticides in the United States.

Produce with the lowest amount of pesticide residues

The 2022 list of the 15 products detected with the lowest amount of pesticide residue is headed by avocado, followed by sweet corn, pineapple, onion and papaya; see the full list here.

Of the total samples collected from these 15 products, almost 70% showed no pesticide residues or residues below the permitted limit. In the case of avocados and sweet corn, the cleanest products, less than 2% of the samples showed these residues.

In addition, only 5% of the samples had residues of two or more pesticides, and for all samples of the first 6 products on the list, a maximum of 3 pesticides were detected.

It is important to note that this ranking has been practically the same for a couple of years now, which shows a clear trend that the cleanest products could continue to be the cleanest for the next few years.

As the list of the cleanest products has remained stable over the last few years, shoppers in the United States can have some certainty that consumption of these products will continue to be safe throughout the year and perhaps for a couple of years in the future, making them the most recommended products.

However, the main recommendation is to consume produce coming from an organic production system, especially those in which many chemical products are usually used, since this type of production prohibits the use of synthetic pesticides and other products that are harmful to health.