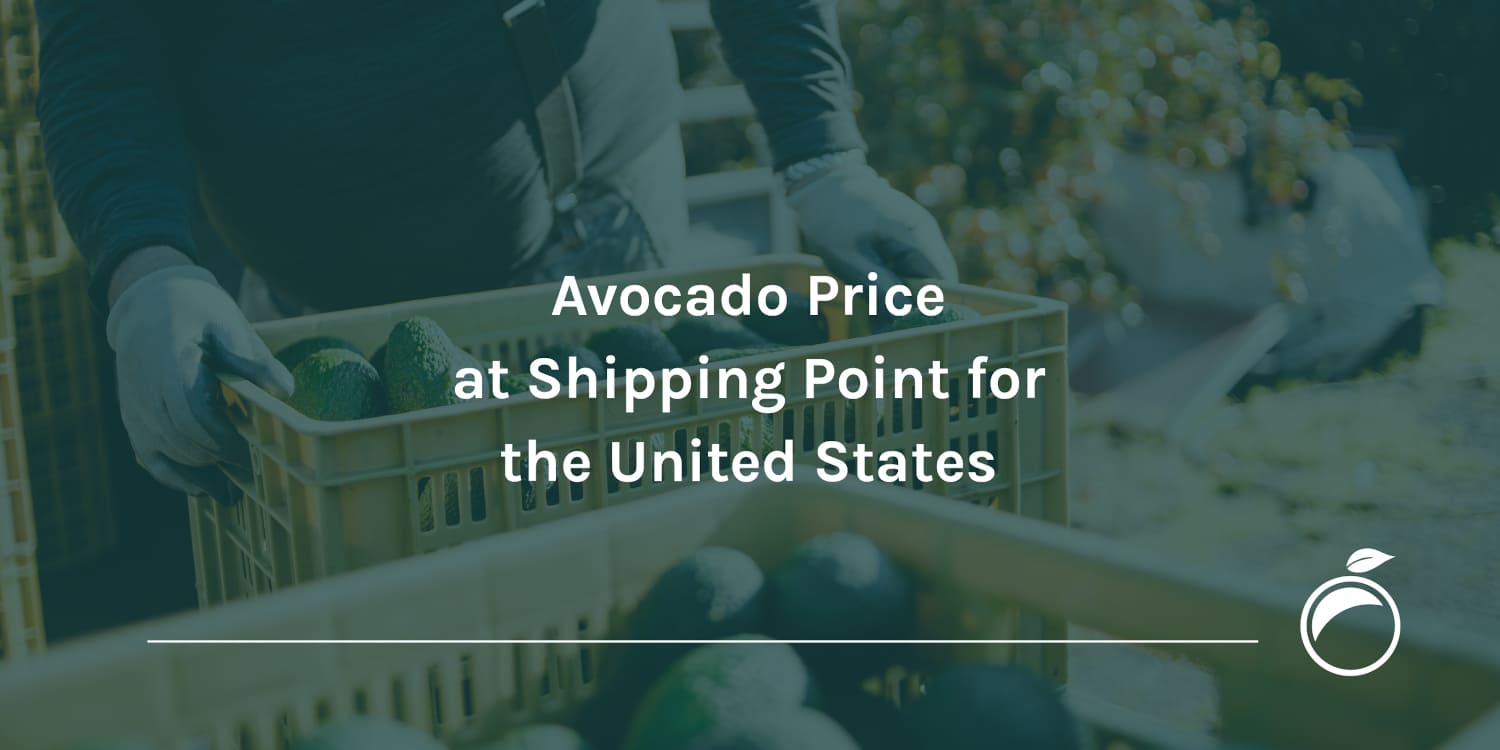 Avocado Price at Shipping Point for the United States

After a season of high prices for many agricultural products during the last two years, the price of avocados in the United States saw its highest point in recent years in mid-2022, and then declined drastically towards the end of the year.

In general, U.S. avocado prices at the crossing point for “Cartons 2 Layer” packaging tend to be lower at the beginning and end of the year, which is when there is the greatest availability in the market given that during this period the largest volumes are imported from Mexico, and then reaching the highest prices between the 2nd and 3rd quarters of the year.

Mexican avocados tend to enter the U.S. market year-round, so prices can be continuously monitored. So far in 2022, the maximum price was recorded in week 26 with US$79.39 per package, the highest price reached in the last three years.

On the other hand, Peruvian avocado prices tend to be somewhat lower than those of Mexico and California, having presence in the market, under this presentation, for much fewer weeks per year.

It is also worth mentioning that prices usually start to fall just after the beginning of the California high season and Peru sends its largest volumes, which, when added to the shipments from Mexico, generates a period of high product competitiveness.

In this sense, since week 28 of this year, prices decreased drastically, reaching in week 44 a surprising value of $25.39 per package, a price that had not been this low since week 7 of 2021; this being the result of a current oversupply of product, not only by Mexico, but globally.

This avocado oversupply, as well as low prices, could continue until mid-2023, according to David Magana, analyst at RaboBank; although, it would be necessary to keep an eye on production, mainly in Mexico, as well as on avocado trade flows to the United States.

Subscribe to our Daily Market Report to know the volumes and prices of the commodities of your interest.